by Harold Schellinx and Hal McGee 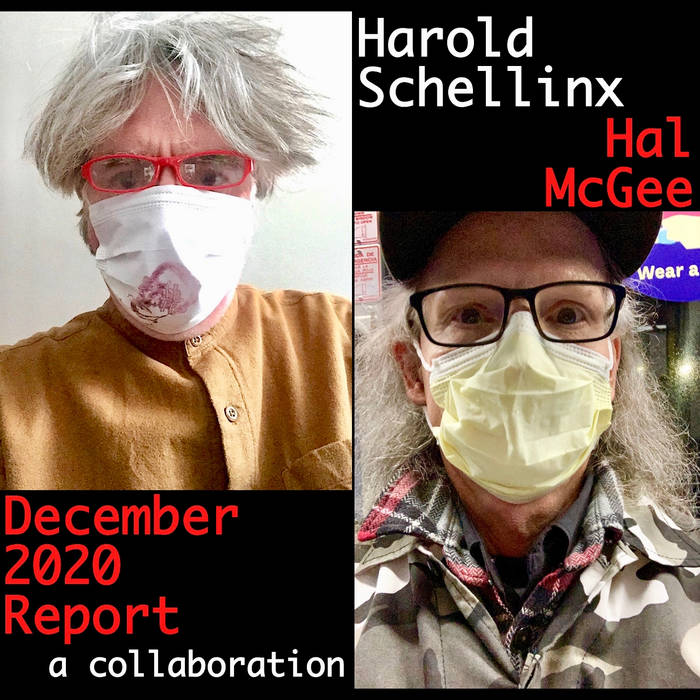 December 2020 Report - a collaboration
The two Harolds recorded sounds of their daily lives in Montreuil and Gainesville during the month of December 2020 and the Harold in Gainesville mixed the sounds together in a 4-layered dictaphone assemblage.

Harold Schellinx:
Sounds recorded on a ZOOM H2 digital recorder of my daily doings in the month of December 2020, most of which I spent corona-confined and/or curfew-ed inside my Montreuil apartment on the east side of Paris, teaching online to a variety of students on subjects ranging from intuitionistic mathematics to the history of the postmodern in contemporary music, conversing online or on telephone with family and friends (in English, French, Dutch, Limburgish) reading or speaking to myself (in German, Dutch), humming and singing, sometimes playing the piano, manipulating electronic sound toys or Animal Crossing, going down the stairs to collect mail and outside to go shopping in the neighbourhood, either on foot or on bicycle, only on less than a handful of days taking the metro to the city: once to stock asian food at Tang Frères, once to join friends at The Film Gallery on the 22nd when we did our 71st unPublic and finally then on December 31st to La Générale Nord-Est Mouton, where I ended the year performing the assembling/dissembling of these same recordings as part of the Antivirus 101 Placard.
unpublic.bandcamp.com/album/paris-22-december-2020

/////////
You can view a slideshow movie consisting of 434 photos that Harold and I took during the month of December, with its own unique audio assemblage mix, on YouTube — youtu.be/AfMlJBAQEV8

\\\\\\\\\
Harold Schellinx has issued his mixes versions editions of our collaborative project of December 2020. It is titled 'assemble / dissemble' and you can find it here — soundblog.bandcamp.com/album/assemble-dissemble