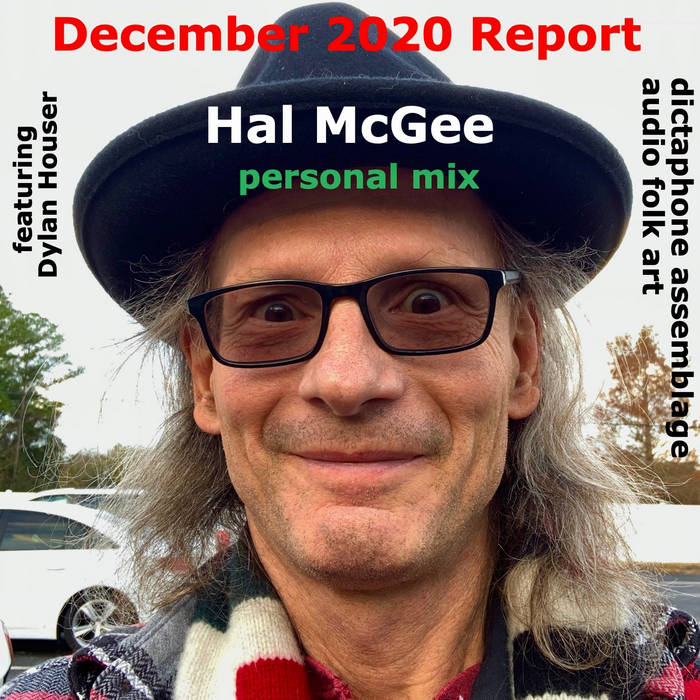 I recorded sounds of my daily life in the month of December 2020 during the isolation of the COVID-19 era using two Sony ICD PX-470 stereo digital dictaphones: dream diaries, my dog Stanley (Lindsey Barkingham), neighbors, co-workers, family members, KQ Unotone iPhone synthesizer, circuit bent Casio RapMan, Yamaha Reface CS synth, 2-string pink dumpster guitar, street sounds, emergency vehicles, the hospital where I work, and Publix grocery store. I loaded these same sounds onto two additional Sony dictaphones and then assembled a mix of the four dictaphones playing back the sounds in random-shuffle mode through a Behringer mixer directly into Audacity, with very little tweaking by me during the on-the-fly mix.

This December 2020 Personal Mix audio album features my friend Dylan Houser who traveled from his home in Lakeland, Florida and visited me on Friday, December 11th. You can hear his voice, and him playing his KQ Unotone iPhone synth and my 2-string pink dumpster guitar prominently in the audio mix.

///
The full title of the third track is "Damaged Beatings - My War is Over (if you want it) - the Process of Weeding Out Who's Naughty or Nice" by BARK FLAG. Assembled by Dylan Houser from dictaphone recordings that he made of him and me improvising on KQ Unotone iPhone synths, him playing my 2-string pink dumpster guitar, and Lindsey Barkingham barking.

\\\
This album is related to and consists of audio materials that were also used on December 2020 Report by Harold Schellinx and Hal McGee — halmcgee.bandcamp.com/album/december-2020-report

---------
You can view a slideshow movie consisting of more than 900 photos and short video clips from December 2020 with an alternative dictaphone assemblage mix on YouTube — youtu.be/O2HX1lH_QSs

\\\\\\\\\
Harold Schellinx has issued his mixes versions editions of our collaborative project of December 2020. It is titled 'assemble / dissemble' and you can find it here — soundblog.bandcamp.com/album/assemble-dissemble