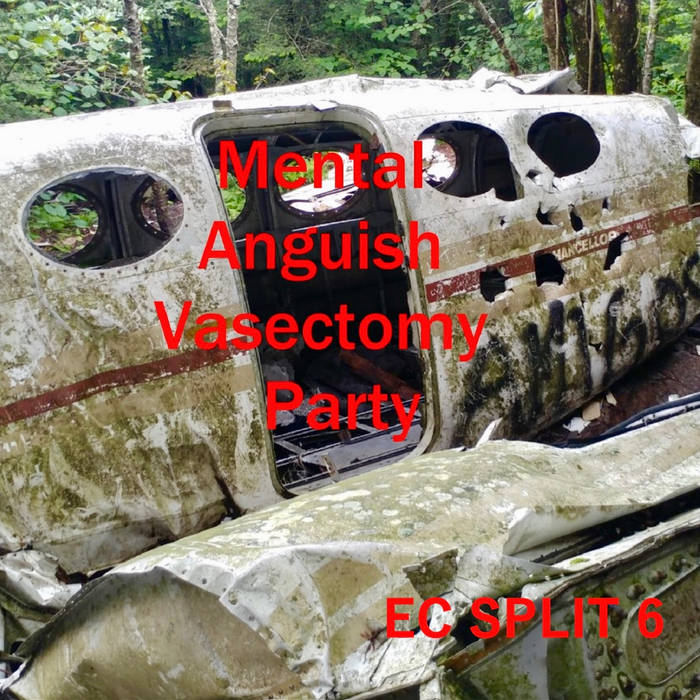 Thanks to Chris Phinney, Hal McGee, and the Electronic Cottage Community.

I have heard a lot of current Mental Anguish music and much of it is characterized by an ambience that I can only describe as ‘glacial’. It’s a piercing effect that injects an eerie feel to the soundscapes Chris sculpts. Opening track ‘Desire’ creates the sensation of being alone on some dark, frigid, extraterrestrial tundra. The sense of isolation in a freezing windswept environment is stark. And howling effects suggest that wherever we are is haunted by unfriendlies! ‘Tethered’ is like the next chapter in whatever tale has already begun to unfold. But the intensity level is higher, with the glacial effects starting to get eardrum piercing, and the wind rushing at a deadly gale force. I pity the poor sap who is battling both the elements and alien demons. But there may be a happy ending because ‘Strapped’, while clearly in the same setting, adds a lightly flowing, hypnotically cosmic melody that seems to offer sanctuary from the threat. I love the competing moods and emotions on this track. Can you tell this is seriously image inducing?!! Great soundtrack to inspire the fun stuff that my brain conjures up!

Chris and Hal prove to be great candidates to share a split because Vasectomy Party’s tracks create a world that is complimentary yet different from Mental Anguish. Far from the isolation of the Mental Anguish world, across three tracks Vasectomy Party slings hordes of alien life streaming across his sonic canvas. There might be a war going on during ‘Models Of Misdirection I’, with all the aggressive rumbling, the clash of harsh electronic swords, and what at times sounds like a space-rock power-electronics assault. During relatively quieter moments we hear bubbling and gurgling that feels like water flowing through a cave, yet there’s still loads of activity with the alien effects flying. ‘Models Of Misdirection II’ consists of a quieter yet menacing atmosphere, with layers of drones and rumbling soundscapes, and chattering robot insects bleeping and buzzing about. ‘Models Of Misdirection III’ includes some of the busily quietest moments of the Vasectomy Party set, yet nonetheless zig-zags between deep space violence and Frankenstein lab going force alien electronic. Hal has the same flair that Chris does for world creation and stimulating my imagination to visualize what he’s pumping into my brain!