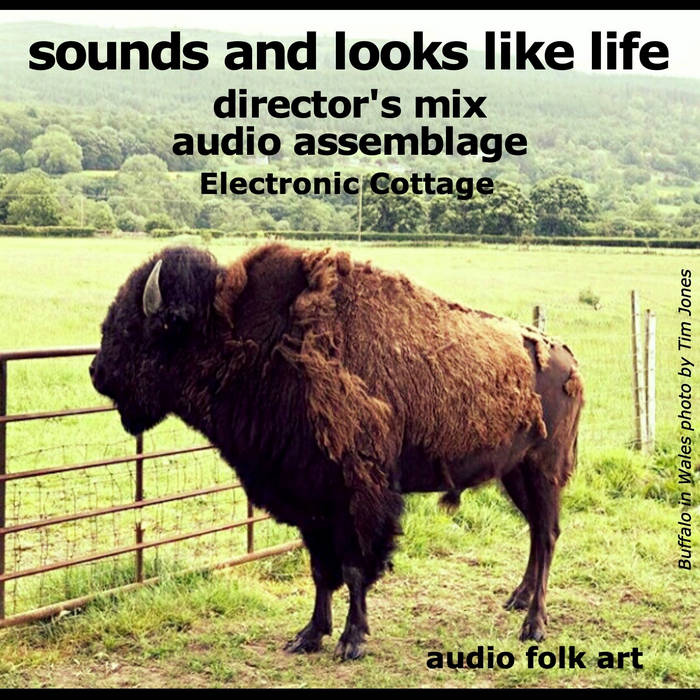 audio files and sounds from video clips contributed by the Sounds and Looks Like Life project participants were mixed by Hal McGee, employing random chance automatistic procedures in an audio folk art assemblage

this audio album is the soundtrack of Sounds and Looks Like Life, The Director's Cut, which you can view here — youtu.be/j10VA1OdBI0

view the original Sounds and Looks Like Life movie —
youtu.be/ZRJSVdJ9noc
There is an option for High Definition playback. Be sure to select it!

there is a second version of the SaLLL movie, which consists solely of the photos and video clips that were contributed without the contributed audio files —
youtu.be/IT92xwde01w

the original Sounds and Looks Like Life project page, including project guidelines and stipulations, can be found here:
www.electroniccottage.org/hal-mcgee/sounds-and-looks-like-life