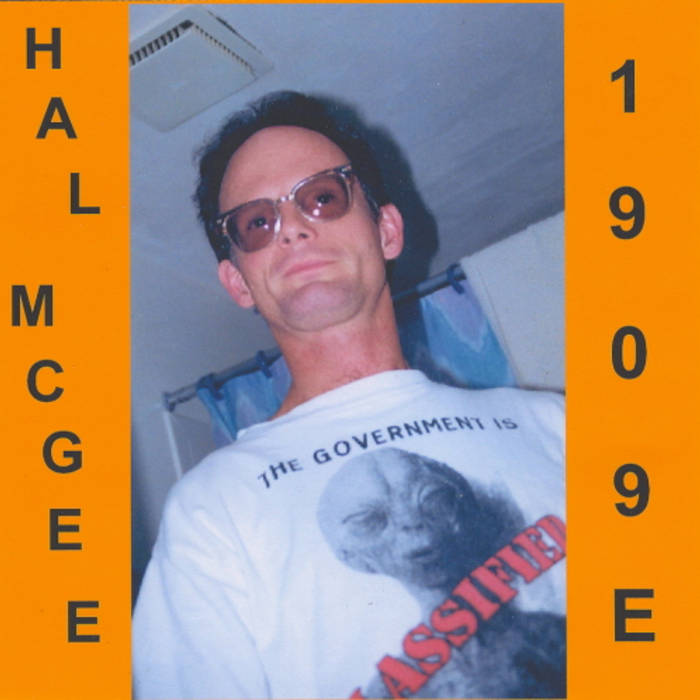 Recorded during the Summer of 1998, 1909E is an album of sounds recorded in and around my one bedroom apartment in Gainesville, Florida, where I lived from January 1992 to March 2011. It was created on a Fostex XR-5 4-track cassette recorder.

The opening track, "The Soundtrack To The Television Special About The Making Of 'The Sushi That Ate Tokyo' ", starts out with overlapping layers of shortwave radio transmissions and Casio VA-10 keyboard feedback and tonal bursts -- and later segues into tapes of dogs barking and spoken word statements about the importance of saying nothing.

"Electric Eels" is a 23 minute electronic jam with rippling pulsating bass synth patterns, overlaid with chaotic Moog flourishes and swirlicues and white noise drones, theremin swoops, over the top of refrains from "The Sushi That Ate Tokyo".

"The Dog Bites Back" is another 23 minute excursion -- this time with sustained organ tones that crash into discord collisions -- with spoken word importance of saying nothing refrains -- with arbitrarily inserted tapes of apartment yard lawn blowers, barking howling dogs, screaming children, airplanes overhead, and mundane discussions with a neighbor about Fall weather and how our dogs eat grass to settle their stomachs but most of the time just vomit it up...

"Marijuanalysis" (Parts 2 & 1) is a multi-tracked spoken word tape collage of my ruminations about how the use of marijuana, by short-circuiting short-term memory, causes the user to experience the mundane and everyday in more detail, and other nonsense about espresso and various subjects.

1909E is one of my most dadaistic works, and also one which seeks to blend electronic synthesis and sound-making and with tape collage treatments of daily sounds.