Hal and Mark visit their friend Dan in Orlando 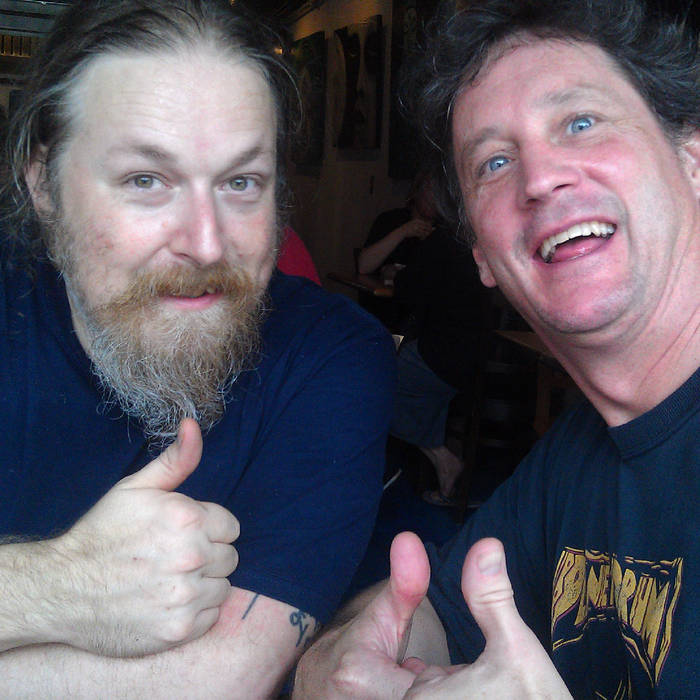 On August 17-18, 2012 my brother Mark and I visited our friend Dan Reaves in Orlando. I recorded 90 minutes of sounds on a Sony TCM-150 handheld cassette recorder during our visit. On the cover, Dan and Mark at Tako Cheena.

Sounds on the tape, mostly chronologically
(but not always in this order on the tape):

the abode where Dan Reaves abides, bulldog sounds, we don't need competition, weird stuff in the big city, prime spot right in front of Uncle Lou's, Tako Cheena, Brian Horst sent a mini-cassette recorder to me, Pirate vs. Mad Scientist, one of the Dog People, I had such a good time recording with Trevor, t-shirts that say "that's what she said", I can't remember the last time I picked a scab off of my nose, Hal meets Kathy Burkett walking on Mills Avenue, Hal and Kathy encounter the Scabby Nose Dude, in the Chevron convenience store, "I built Lou, bro" (I am so glad that I carry tape recorders), Sadie is on crate rest, John Lennon... oh maybe so; Dan Hosker, the guy who killed Al, & Free Pussy Riot!; Hal and Mark perform at B.L.U.R.T. 08172012 ? show, Microwave Windows and Trotsky performance, various sounds at the noise show, conversations while Sean Pendleton plays intermission music, ooh my tape recorder's foggin' up, the dog watches television, A.J.'s name is Kurt, you would think that Judah could whup The Dude's butt, ice coob, nails trimmed and he jumped back two feet, what is it that they do that with lakes?, breakfast at Junior's, Greg's an interesting guy, hey dogs, the name of that album by the Kinks is Sleepwalker, the skylight in the bathroom helps promote healthy..., it's not complete, make some noise, Thundershirt, talking about inspirations while listening to and thoughts on why some people might not like Heathen Earth, think that I know more than I do, for the sake of the music, you were making your own constellation, Kris Gruda has his own teapot, ... and then that might sound funny to me, meeting of the mindless, Ace is the Place; sounds from the "Hey, Judah" Sessions by Kris, Dan, Mark and Hal; we ponder deep thoughts about boxes, vaginas, and cans; I'm good if you guys are good - is everybody good?, opening section of the jam.