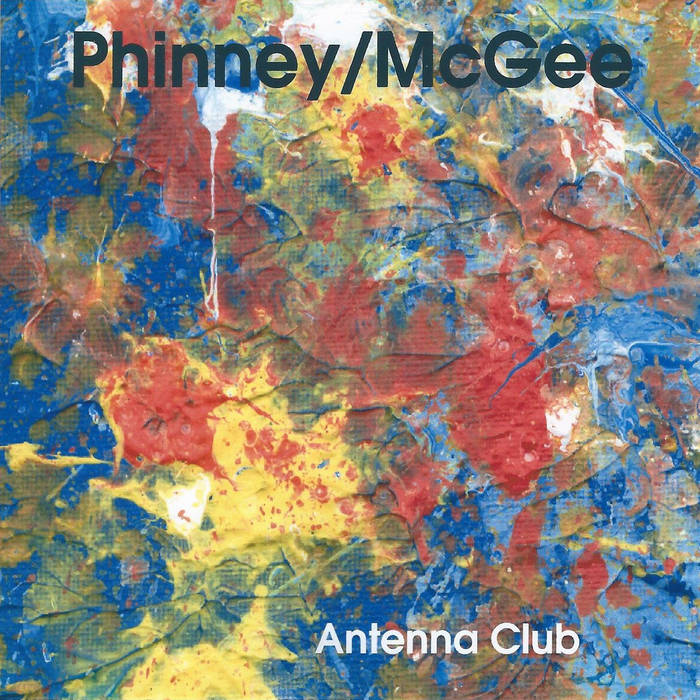 The first official online issue of this album of experimental electronic space noise music by Chris Phinney and Hal McGee, originally issued on CDR in 2003.

Thanks to Jerry Kranitz for providing digital copies of the artwork. He made this new edition possible!

Review by Jerry Kranitz in the August 2003 issue of Aural Innovations:

in the The latest collaboration between two of the elder statesmen of the homemade electronic music underground is jam packed with noisy, chaotic and totally cosmic exploratory fun. Chris and Hal blast out of the starting gates full tilt toward the sky on "Timetunnel". The engines are fired up but this old clunker is making lots of straaaaaange noises. I don't know if there's trouble on board but the sirens are blaring and it's like somebody decided to hold an air raid drill on the Challenger (I'll give away my age and say that I remember having air raid drills in grade school). But throughout this 10 minute slab of space terrorism I felt like I was a stowaway on a rocket and the only decent hiding place I could find was smack in the belly of the engine room. I often make such engine room references with these guys and they always manage to keep it interesting and exciting. In this case it's much more intense than usual and Klaus Schulze fans can expect to have that dreamy smile of serenity wiped clean off their faces. But it's funny that I should get that impression from the opening track because the last track, "Milky Way Marauders", is the one piece on the album that does fall very nicely into the Schulze/Tangerine Dream style of syncopated cosmic space.

"Tapestry Of Creation And Destruction" is similar to "Timetunnel" but with lush orchestral symphonics rising and falling in the mix. A wild as hell combination. Things calm down a bit on "Shocking Secrets Of The Crab Nebula", though the music is still multi-layered and busy, and a sense of urgency permeates throughout. Chris and Hal excel at creating image inducing scenes of cosmic chaos that keep the listener wide eyed and at attention. "The Wrong Kind Of Galaxy" keeps the pace moving briskly, combining dark bubbling patterns and short wave radio space madness. "Calcutta Brothel Raid (Delayed Transmission)" directs us into different territory as tribal drumming and chants takes center stage while whining minimal keyboard lines drone along like bagpipes, ocean waves crash against the shore, and an assortment of freaky sounds rear their lovely heads. The aptly titled "Insectoid Assembly Line" has a strange robotic head boppin groove that I enjoyed. And things get downright heavenly on "Stargrove"... fallen angels raining down like kamikaze pilots at a Toy R Us picnic with the pops. Veteran of the HalTapes and Harsh Reality catalogs will be delighted, and newcomers who are in any way intrigued by these descriptions should throw caution to the wind and take the plunge.