by Danny McGuire and Hal McGee 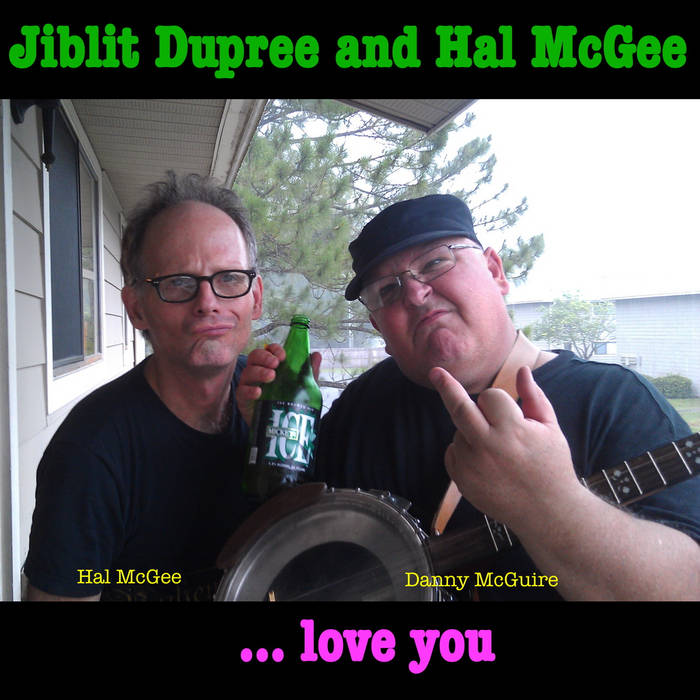 Jiblit Dupree and Hal McGee Love You is a collection of 18 new songs and instrumentals combining trailer trash country, blues, noise, punk, and comedy into a blend that sounds quite unlike anything else. Recorded Saturday, June 9, 2012, at Hal McGee's apartment in Gainesville, Florida.

Download the album to view additional photos from the session.

The words of "Bodies" written by The Sex Pistols. The music is way different.
The same for "I Love You", original words by Black Flag.