by Richard Sanderson and Hal McGee 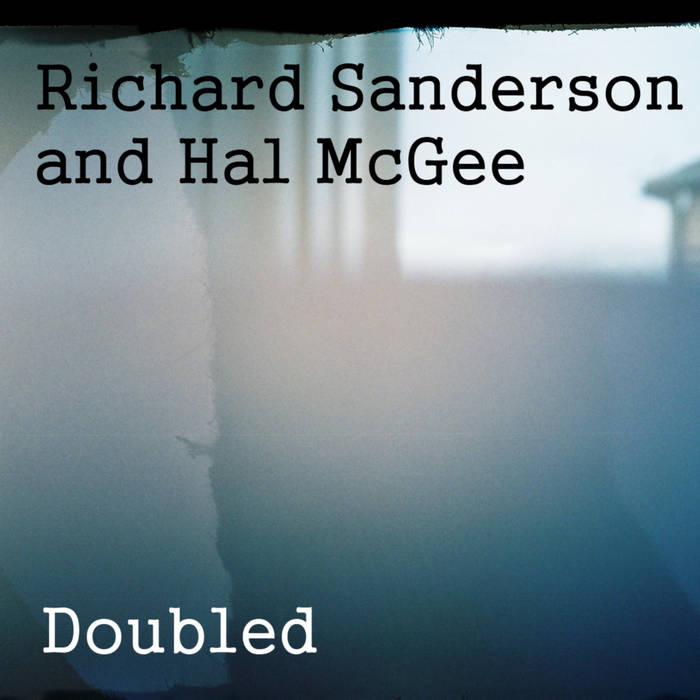 "Doubled" is a microcassette duo collaboration by Richard Sanderson (London) and Hal McGee (Gainesville). Sanderson and McGee each recorded 62 minutes of various instrumental sounds and sounds from daily life. Then, without listening to Sanderson's tape first, McGee improvised two collage mixes that are loaded with all manner of happy accidents, collisions, juxtapositions, and extended moments that seem like they were planned that way in advance.

I welcomed the invitation from Hal McGee to collaborate with microcassettes. For many years I'd been using them in my live improvisations (usually playing back recordings made on the way to gigs) but in my rush to embrace the high quality of recordings made possible with computers, I'd rather neglected the instant, fun, quality of the hand-held device. This came back to me after I watched a performance of Hal making an extraordinary racket with two dictaphones on YouTube.

The other aspect that appealed to me was the chance to record the mundane, and the instant inspiration. As a young teenager I'd once tried to record on cassette the atmosphere of various rooms in parent's house (including a not particularly successful attempt to record the cupboard under the stairs!) and this project allowed me the chance to instantly record a sound that appealed to me, without having to go through the rigmarole of selecting a good mic, setting up the stand, setting recording levels, tuning up, making test recordings etc etc. So if I wanted to record a plastic flute in the acoustics of the bathroom I did - instantly. Of course the sound is tinny, painfully so at times and an hour may be a lot to ask of a listener, but I hope it's varied enough to keep your interest. I can't wait to hear what Hal has come up with.

One final technical note - although the recordings are generally in chronological order, I have dropped in some sounds later over sequences I thought a little too long.