Who Is This One 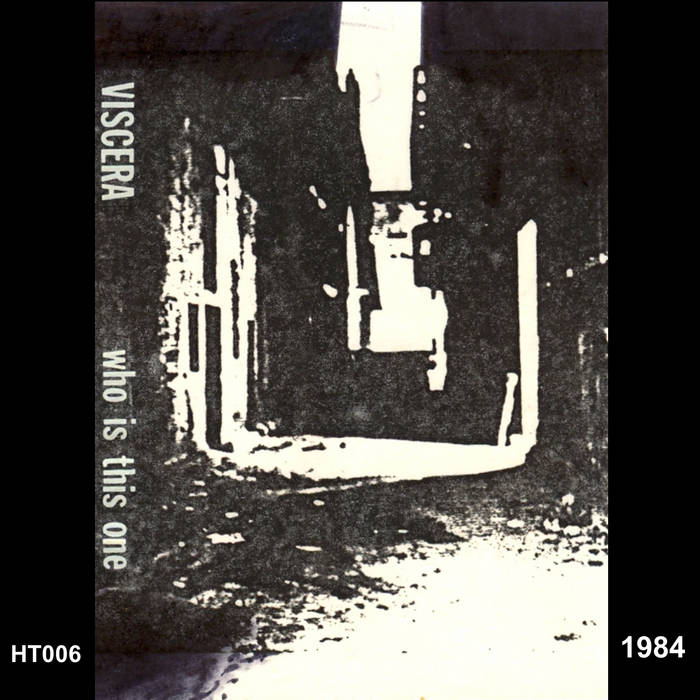 Who Is This One has been moved to the Cause And Effect site on Bandcamp
causeandeffectk7.bandcamp.com/album/who-is-this-one

October 19, 2013 - New digital masters added of the two sides of the cassette in continuous format, without track markers, so that you can experience Who Is This One in its original conceptual flow.

In the Spring of 1984 we bought several pieces of new equipment, probably right after we received our income tax return check. We purchased a Moog Rogue analog synthesizer (new for about $320 from a shop in Noblesville, Indiana), a Fostex 3050 digital delay rack mount unit, and a used set of Pearl Syncussion synthesizer drums.

I argued with Debbie against buying a 4-track recorder. I can vividly remember sitting with Deb and our friend Toby O'Brien near a fountain at the Lafayette Square shopping mall in Indianapolis. I just kept saying over and over again that getting a 4-track recorder would 'change things'. Up to this point most all of our recordings together as Viscera (our first two tapes In A Foreign Film and A Whole Universe Of Horror Movies) were essentially recorded live direct to tape through a stereo microphone, with both of us playing and vocalizing, at the same time, in the same room. I feared that if we started using a multi-track recorder that the direct, 'real' genuineness of our artistic expression would be compromised. So much of the Viscera sound up to this point had relied on the intuitive interaction between Deb and I as we spontaneously created our songs and sound poems.

This is significant because the pieces on Who Is This One were composed or conceived by one of the other of us. On most of the pieces one of us would record three of four tracks on the 4-track recorder and then ask the other person to add sounds in the fourth track. I'm not sure, but in fact I seem to recall that a few of the tracks were recorded completely by one of us.

So, over the years it has been too easy for me to think of the songs on Who Is This One as being solo tracks with a guest appearance by the other member of Viscera. In retrospect I think that this attitude is maybe a little unfair. I do believe, however, that a case can be made for Who Is This One being the branching off point for our two solo projects - Master/Slave Relationship, and Dog As Master. The 4-track cassette recorder gave both of us the opportunity to conceptualize and carefully build up an audio piece in bits and pieces and layers. This gave both of us a great sense of independence, and stimulated our growth as individual artists.

Indeed, the first side of Who Is This One is in many ways a continuous suite of pieces, the overall structure and concept of which Debbie meticulously designed. We can hear the roots of the Master/Slave Relationship sound in the various introspective, pensive, melancholic, and even sex-obsessed demonism textures and treatments and environments. Deb's vocalizations are much more aggressive, distorted and chorus-layered on Who Is This One, in stark contrast to the warbly sing-song bird little-girl waif personages that she depicted on the first two Viscera tapes.

The opening track, "Clipboard Bodies", is absolutely stunning in its thickly-layered Siren and Wraith -like chant-sung choruses. It's kind of got that black witches' sabbath sound with a steaming cauldron of venom and spew thing going on.

Who Is This One continues with many of the same dark contemplative themes we had already explored, but with less innocence and naivete, and a good deal more calculation for certain effects.

The second side of the tape is full on apocalyptic scenes as humanity gets swallowed up, extinguished by the rending jaws of Hieronymous Bosch Villain Gods and a faceless Dictator sitting on a throne so high you can't see his face as he intones death to the individual as the human cattle are led to the slaughter. Dissolution, complete obliteration of matter and consciousness as the atoms shatter and blister.

"Red Houses", the first track on Side B of the tape, is a surreal story about a bad acid trip. Over a simple synthesizer line, there are three overlapping layers of my voice. It was night time as I wandered through a quiet residential district. Suddenly, all of the houses to the north started glowing blue in color and all those to the south glowed red. I knew that I needed to walk south to get back home, but I feared the red houses. The blue houses to the north reminded me of my brother's eyes, and therefore seemed friendly and safe. I was tormented by this awful conflict and started screaming out my brother's name. Finally, I was so torn up with fear and dread that I got down on the ground and started banging my head on the ground, and knocked myself out. When I woke up I found myself sitting in a ditch in cold water six inches deep, with a policeman's squad car light shining in my eyes.

The broken up decayed sound at the end of the title track was caused by the batteries dying in the Fostex as I mixed the 4-track tape down to a master cassette. It sounded so weird and fucked up, and seemed to fit the theme of the song so well, that I decided to keep it.