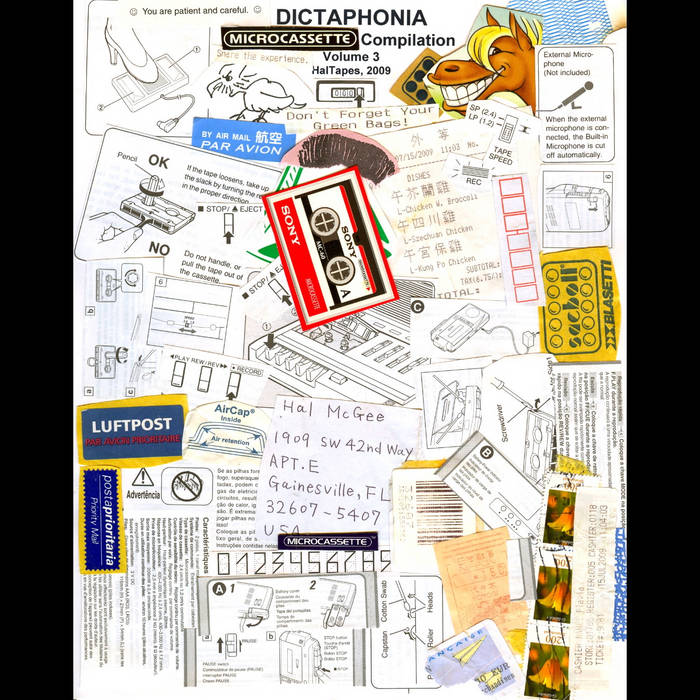 Contributors were invited through an open call invitation to send short recordings in any style created and recorded on microcassette. McGee compiled the contributions and released 60-minute compilations on microcassette. This was the third volume of the Dictaphonia compilation project.