by Hal McGee and black beast of arrrghhh 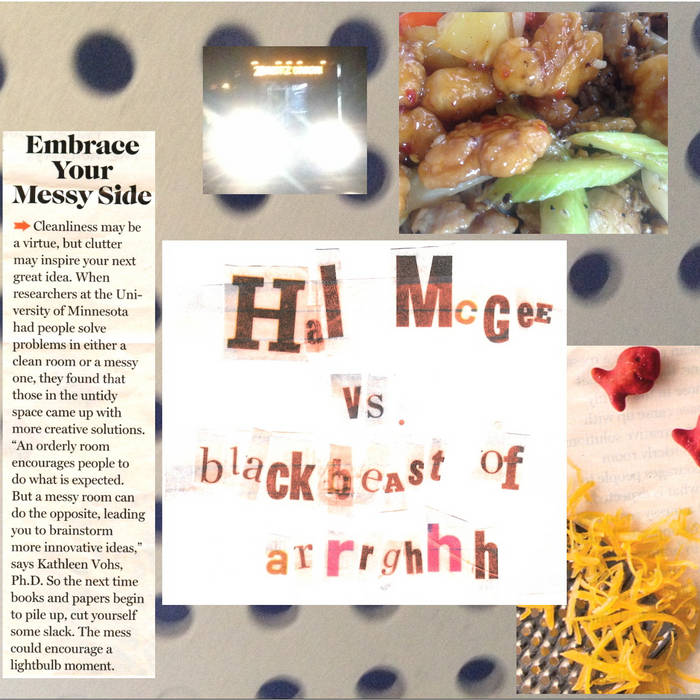 HAL MCGEE VS. BLACK BEAST OF ARRRGHHH
with deconstructed documentation

In November 2013 BBOA invited Hal McGee to do a "versus" audio work which BBOA would release on CDR. Hal recorded a personal correspondence audio letter on a 30-minute microcassette for black beast of arrrghhh. For his part of the versus release Hal created a stereo mix of the two 15-minute sides of his microcassette audio letter, and burned the 15-minute mix onto a CDR and mailed it to BBOA along with the 30-minute audio letter tape. BBOA recorded an audio response on a 30-minute microcassette. He then mixed the two sides of his tape together into one 15-minute track. BBOA combined his mix with Hal's mix to create "Hal McGee vs. black beast of arrrghhh", a special personal edition CDR release.