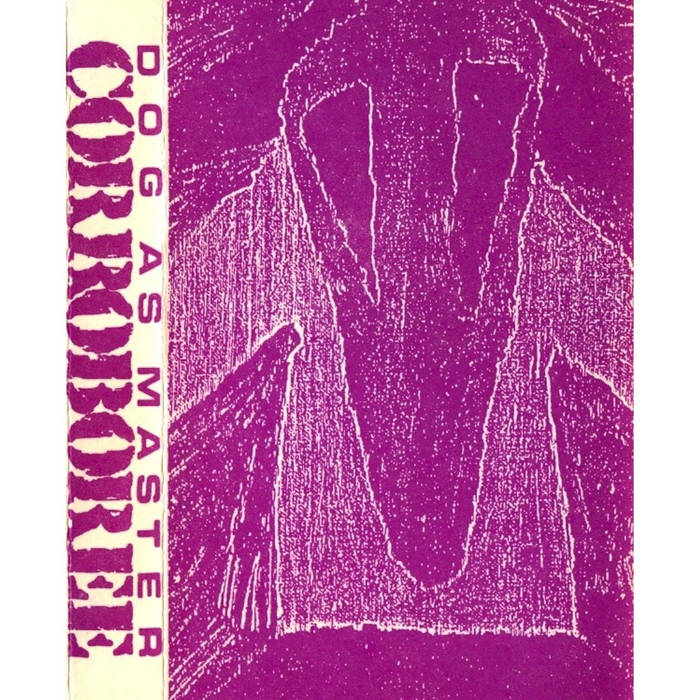 HalTapes presents
DOG AS MASTER - CORROBOREE
Hal McGee and Mark McGee - a collaboration
originally issued on cassette on the Cause And Effect label, 1986

Presented here are two audio files, one for each side of the tape, because quite frankly I can't always tell where a new "song" begins.

Let Him Stir Himself Up
Hungry And Disorderly
The Demon Region
Drinking Fire
Moving To The South And To The West
Thunder And Rain
Looking Down, The Earth...
The Boundary Line // Looking Up, The Heavens...
Resistance Of A Hard Surface

When The Man Lifts His Eyes
Beating And Changing
The Voice Of The Ancestors
Frozen Expression
Sweating Teeth
Tension In Time
Glistening Bodies, Furious Hands