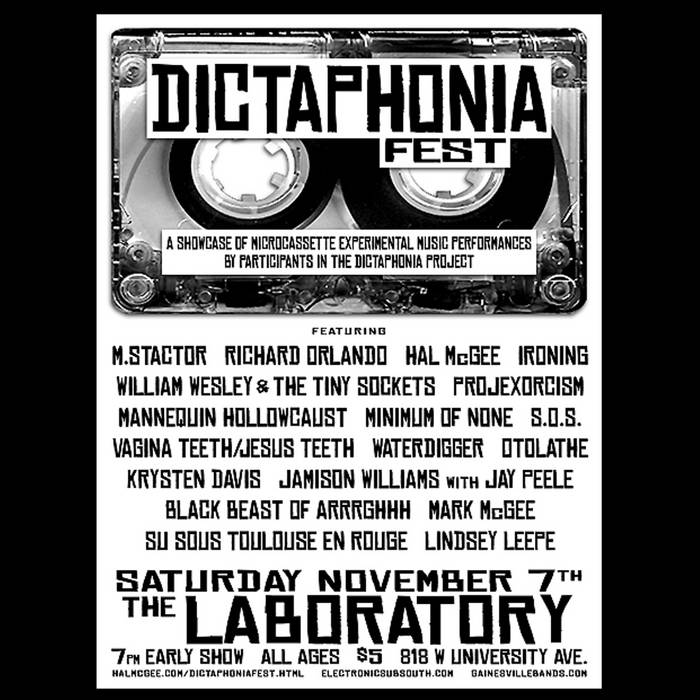 Live recordings from the Dictaphonia Fest of November 7, 2009 at The Laboratory in Gainesville, Florida!

These recordings were originally released in a 3-microcassette tape set!

minimum of none
Gainesville, Florida

Performers must use microcassette in some way in their performance and it must be a prominent part of the sound.

There will be a 9-minute time limit on performances and performers will only be allowed to use minimal gear,
with a plug and play aesthetic and quick gear setups and breakdowns.

Performers will play through a small mixer and two 10-watt guitar amplifiers provided by me.

Recordings by Hal McGee on a Panasonic RR-930 microcassette transcriber with the built-in condenser microphone, except for Capstan Drive, which was recorded on a Sony M-100MC handheld microcassette recorder.

Lyrics of "Hal McGee Has Stipulations" by Danny McGuire (Waterdigger).