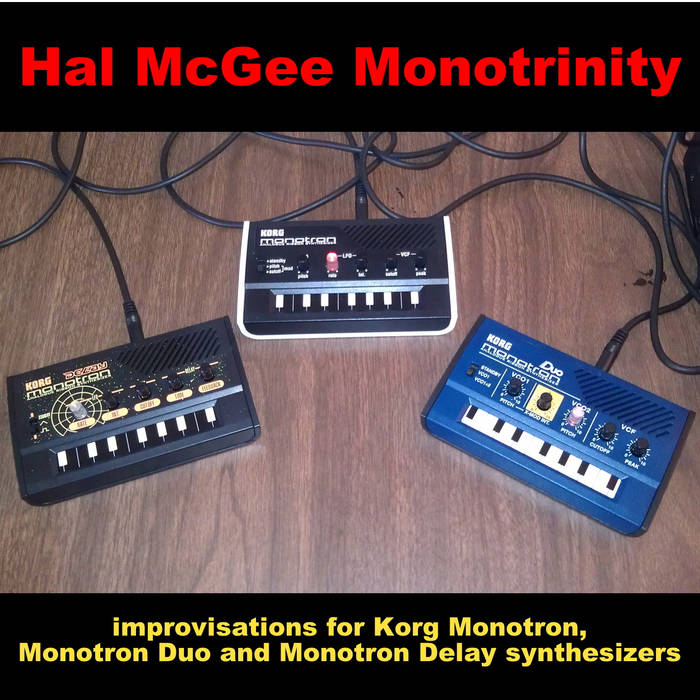 Monotrinity is a collection of free form improvisations created by Hal McGee in 2012 in which he played the Korg Monotron, Monotron Duo, and Monotron Delay miniature analog synthesizers in a simultaneous fashion (the synths were not interconnected). Recorded February through July 2012.

Each track page includes a picture, plus additional info.

"Monotrinity 4" was recorded at Ante-Scientia, the Laboratory Music Pre-Show, on March 2, 2012, at The Laboratory in Gainesville, Florida. You can view a video of this performance here
youtu.be/R8yEaf9jLOE

"Monotrinity For +SoLo" originally appeared on the compilation For +SoLo