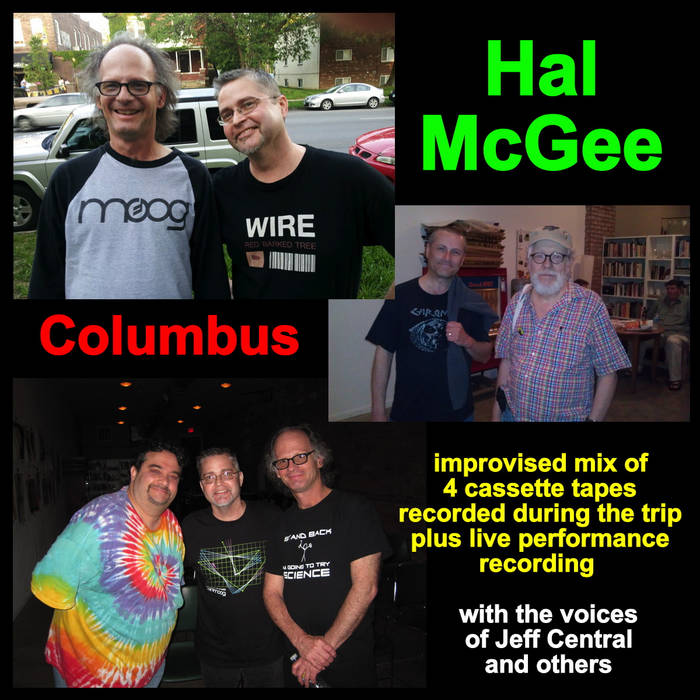 In early May 2012 I traveled to Columbus, Ohio to perform at a show produced by The Fuse Factory. Presented here are a rough improvised mix of four cassettes of sounds that I recorded on the trip, plus a live performance recording that included a live mix of the four tapes plus three Monotron synthesizers and shortwave radio. On these recordings you can hear the voice of Jeff Central, Carl Howard, Jerry Kranitz and others. Plus sounds from a Jeff Central and Hal recording session in Jeff's home.
The live performance took place at Wild Goose Creative, 2491 Summit Street in Columbus, in a show produced by Alison Colman of the Fuse Factory.

thanks to Jeff and Deb for hospitality!
thanks to Alison Colman for producing the show!
live recording by Andrew Izold, from the sound system board