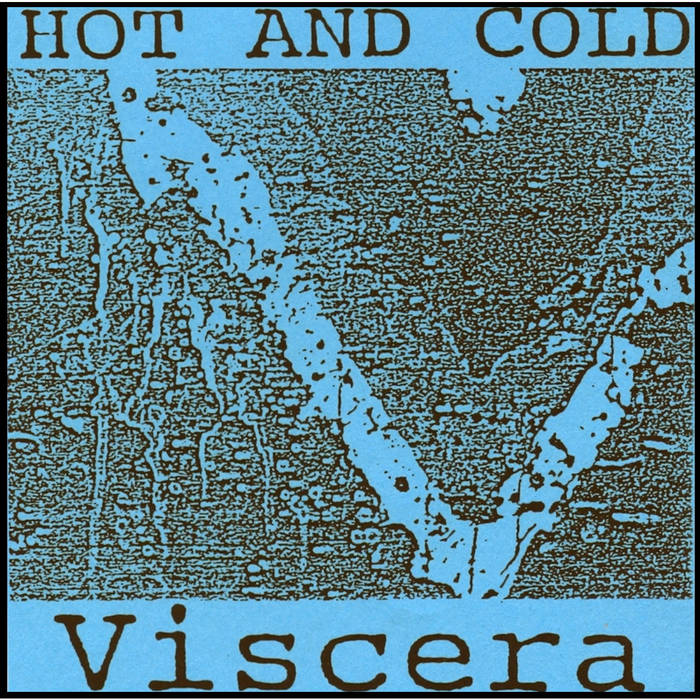 HOT AND COLD is a collection of 10 new tracks by Viscera. Some have appeared on compilations and appear here in newly remixed versions and others have never been released anywhere. A series of intense, torturous psychological dramas and haunted, demented pop songs.
- May 1985 Cause And Effect Catalogue

"Unjustly Accused" is a reaction to an interview with William Bennett of Whitehouse in Unsound Magazine.

The title track, "Hot And Cold", tells the story of a bad acid trip experienced at the Vogue Theatre in Indianapolis during a William S. Burroughs performance in 1981.