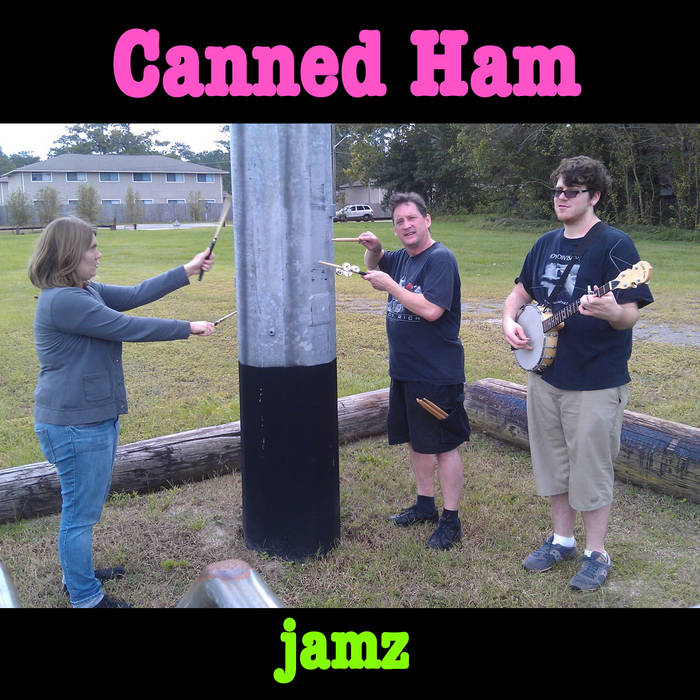 The first four improvisations were originally released on Bandcamp in October 2012 as an album titled "earsmackin' racket". This new collection titled "jamz" is an expanded version, including two improvisations at Apartment Music shows #17 and #18, featuring guest artists as members of the Canned Ham ensemble.