by Herd Of 360 Homogenized Dogs 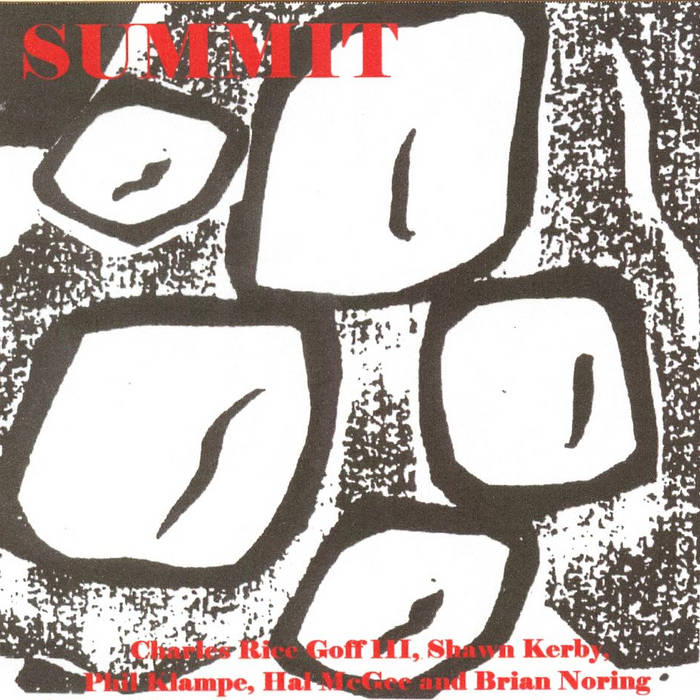 This was a momentous "summit meeting" of homemade audio artist friends of mine:

Charles Rice Goff III, who was a member of Herd Of The Ether Space and operated the Taped Rugs Productions label
Phil Klampe, who recorded under the name Homogenized Terrestrials and ran the 6 On The Dot label
Brian Noring, whose F.D.R. Recordings label was a mid-1990s powerhouse of homemade music,
and who with his friend, Shawn Kerby recorded as a duo called 360 Sound.
In the 1980s I recorded under the name of Dog As Master. And that is how we arrived at the name Herd Of 360 Homogenized Dogs.

This is one of my favorite recordings in my catalog and one that I feel has stood the test of time and still sounds good 14 years later. Exotic, surreal, primitive and otherworldly, bizarre but never harsh, Summit is a marvel of minimalist ambient sound exploration. It is truly a one of a kind recording. It sounds amazingly good for five musicians who had never played together as a group before. I had never met Goff and Klampe before this day, although we had traded and shared lots of cassette releases over the years.

We recorded five free improvisations that day in two adjoining rooms of Brian Noring's house in Des Moines, playing instruments and sound-making gadgets supplied by Goff, Klampe, Noring and myself. We switched places and instruments on each of the five pieces.

Download the album for pictures in the zip file.