by Stirner and Hal McGee 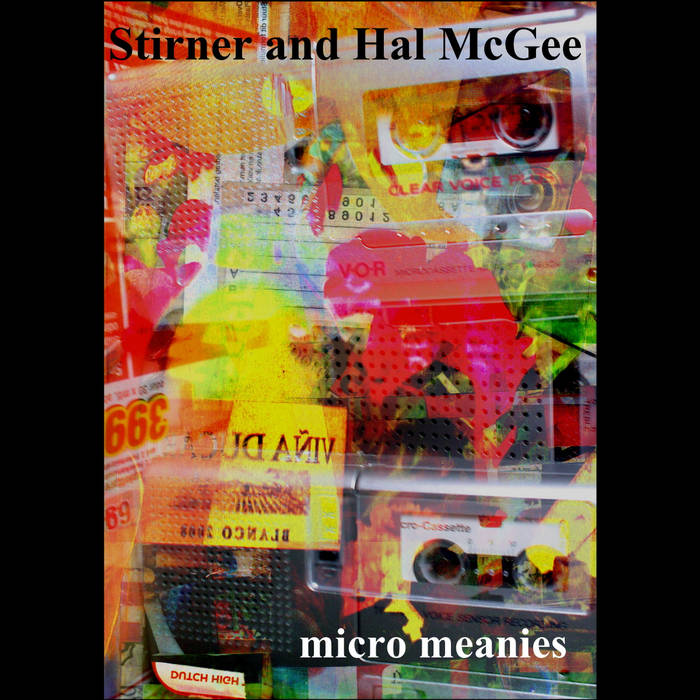 a microcassette duo collaboration
recorded in Germany and Florida December 2012

review @ Vital Weekly : STIRNER & HAL MCGEE - MICRO MEANIES (cassette by Haltapes) Four pieces, around fifteen minutes each of improvisations recorded through mail using a vast array of sound sources (synthesizers, radios, kazoo, crackle box, harmonica, toy piano to mention some; entire list on the cover of this release) but where the title refers to the medium it was recorded on, the micro cassette. Veteran home taper Hal McGee, who has been around for thirty or so years in the world of cassette labels and experimental electronics teams up with one of the younger kids, Tony Stirner, who started out as a heavy noise man, but in the mean time also went 'softer'. This tape proofs that, and is another point of evidence how these sort of collaborations are often created. Let's have four pieces of fifteen minutes and let's use a random selection of sounds thrown together in that duration and cut away in a crude form what we don't need in the mix. Or let's mix with blindfolds - providing of course there is analogue mixer somewhere around. Like a stream of un/sub/consciousness this is wheels set in motion and wait around for any possible action to happen. Sometimes all at once - and then wait for the noise bomb to drop - or all alone, just by themselves, and we find both in a more subdued mood, but the microcassette is not a medium that captures moods lightly. It always stays on the noisy side, even in the quieter moments. Sixty minutes is perhaps a bit long, but that too is part of the whole game/esthetics of this. Nice retro early cassette music of the current day! (FdW) www.vitalweekly.net/881.html