by Dog As Master / Viscera 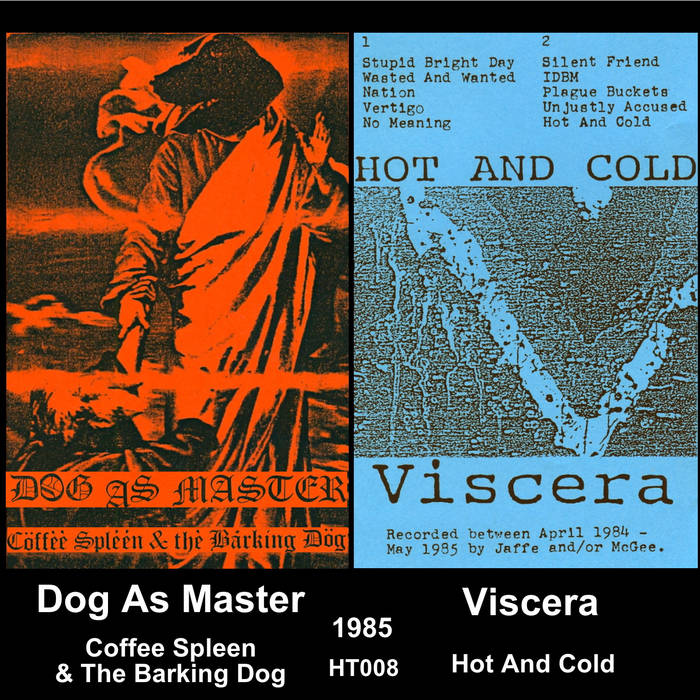 Coffee Spleen & The Barking Dog was the second cassette tape release of my solo industrial music project Dog As Master.

I recorded this album during the time that I lived at 821 North Pennsylvania Street in Indianapolis, Indiana. The music was constructed with a Fostex X-15 four-track cassette recorder.

Side Two is "Slash Gash Hard And Cruel", a 14-minute onslaught of distortion, feedback, and noise created entirely with electric guitar, delay and 4-track. Released on the Cause And Effect label. Originally released on cassette in 1984, C30

Viscera: Hot And Cold
Hot And Cold was the fourth cassette release by the duo of Hal McGee and Debbie Jaffe. It was a compilation of Viscera songs that had appeared on various international compilations. They were all recorded between April 1984 to May 1985 by Jaffe and/or McGee. Released on the Cause And Effect label.