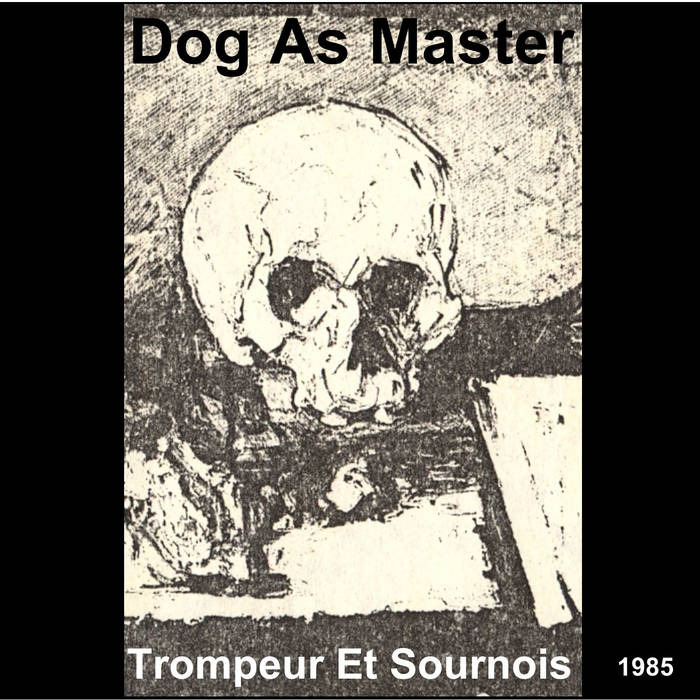 New digital remaster October 3, 2013 is transcribed directly from the original cassette master from 1985

Trompeur Et Sournois
Sadistic experimental electronic music by Dog As Master: near-silence punctuated by noise blasts. One continuous 47-minute track, hewn from the same mass of sonic material as Black Body.
- Originally released on cassette in 1985, C46, on the Cause And Effect label; re-released by Freedom In A Vacuum, Toronto, Ontario, Canada (1990).

review by Mike Gunderloy, Factsheet Five, 1985:
"Usually I'm not all that thrilled with experimental music, but I took a shine to this one, perhaps because of its outright obnoxiousness. Most of the tape is somewhere between dead silence and low-level white noise. But the listener who cranks it up will be sorry, because this is punctuated at irregular intervals by blasts of electronic sound. Not easy to listen to, but strangely rewarding."