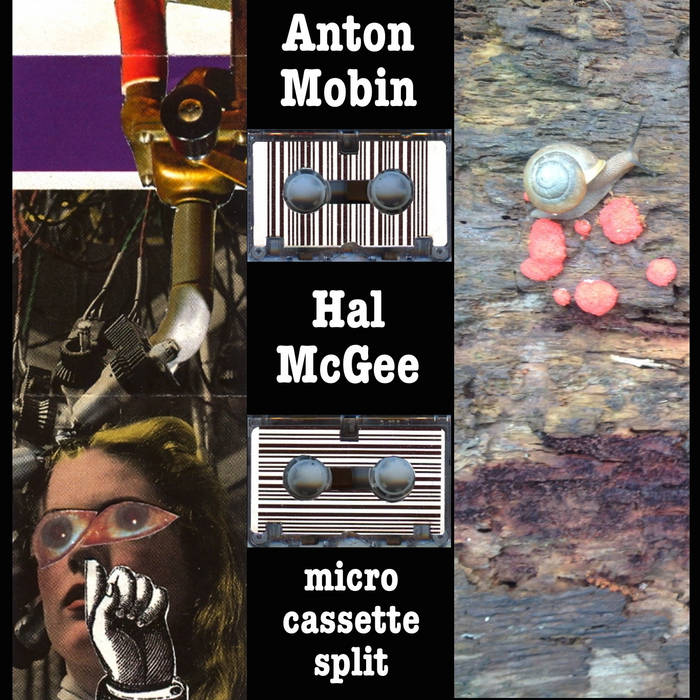 Audio journal recorded in Paris (France), Athens and Thessaloniki (Greece) from April 3rd to 6th, 2014.
Using a micro-cassette recorder Tamashi WD300 and a pick up coil. Edited in real time.

Side B
Hal McGee
For Lack Of A Better Title


French audio artist Anton Mobin’s side of this split is an audio journal recorded in Paris, Athens and Thessaloniki, featuring collage mixed and microcassette manipulated day in the life parts and pieces. Urban sounds, sundry street occurrences, crowd noise, background music ranging from traditional Greek to New Orleans Jazz, even the simple sound of walking. None of the voices are at the forefront, making this an avant-garde pastiche of the more subtle portions of everyday life.

Hal, on the other hand, nearly always puts his thoughts and conversations with others in the spotlight, mixing spoken word with exchanges between himself and co-workers and anyone else he encounters on his travels. Hal records his own audio journal, in this case visiting Dudley Farm in Newberry, Florida. He talks to others, either fellow visitors or tour guides, reads some of the explanatory signs in his own inimitable style, and among other spots on the tour we visit the chickens, and damned if one didn’t just lay an egg. They sound like cute little buggers. Audio journals are on a certain level simplistic, yet the interest lies in placing yourself in the artist’s shoes and feeling like you’re along for the ride, which is all the more fun given the clickity clackity cut up stitch and mix nature of the recording.