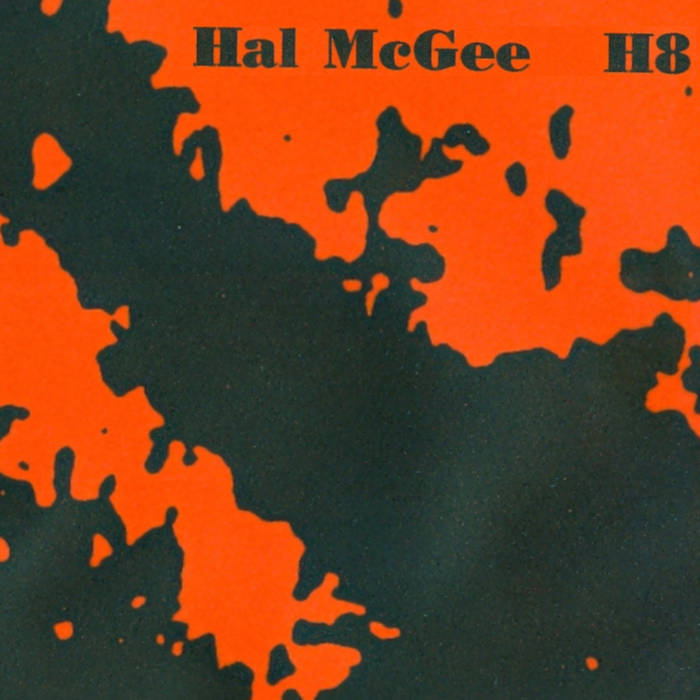 H8 (originally recorded and released on cassette in May 1998) is an audio work which addresses itself as an avant garde experimental electronic music work. A collection of tape fragments of heavily-processed alarm clock radio noise and static and ear-scraping feedback -- but also spoken word segments which refer to the process of creating an audio work, as well as tapes of everyday sounds and conversations.
Is H8 seriocomic or comically seriously, or just seriously ABOUT everything and nothing at the same time? Are the H and the 8 a mere letter and numeral, or do they refer to hate (and if hate, hate of whom (myself, others, everybody, nobody) or what?).

Around that time I was attempting to write a book about my experiences as a home audio artist. On my numerous walks with my dog I carried an old shoebox-style Panasonic cassette recorder, like people used to use to record lectures and such. As I walked along I would turn the tape recorder on and extemporaneously recall details of various tape projects from the early 1980s. Well, the project of writing the book ran out of steam. I had hours and hours of tapes lying around. I decided to cut them up with harsh bare bones cut-ins of live electronics.
I used my Casio VA-10 keyboard (which has a microphone input and 60 on-board digital effects) to process sounds from my alarm clock radio. I also used the VA-10's microphone and effects to modulate feedback running through my stereo system's speakers. I ruined my stereo speakers in the process, blowing out the tweeters!
I also added on vocal parts processed through the VA-10 which refer to "Rose Palmer", my beloved right hand, which gives me so much pleasure.
Additionally you will hear recordings of my vacuum cleaner, audio white noise from a TV I never used, amplified humming from my audio system, a phone call to my mom, a conversation with a neighbor who is really pissed off about a busted drug deal, sirens, dogs barking.
And all of the sounds mentioned above keep getting cut in with bits from the audio book notes about creating audio tape works, which in the first place did not refer to the present work (H8), but seem to refer to it any way, or something like that... and laser beams, and atoms and how the listener of avant garde music must be an active listener, and about how the mind searches for patterns in chaos.
Well, you get the (audio) picture, don't you?

One of the greatest of all experimental recordings... both personal and totally original. -- Brian Noring