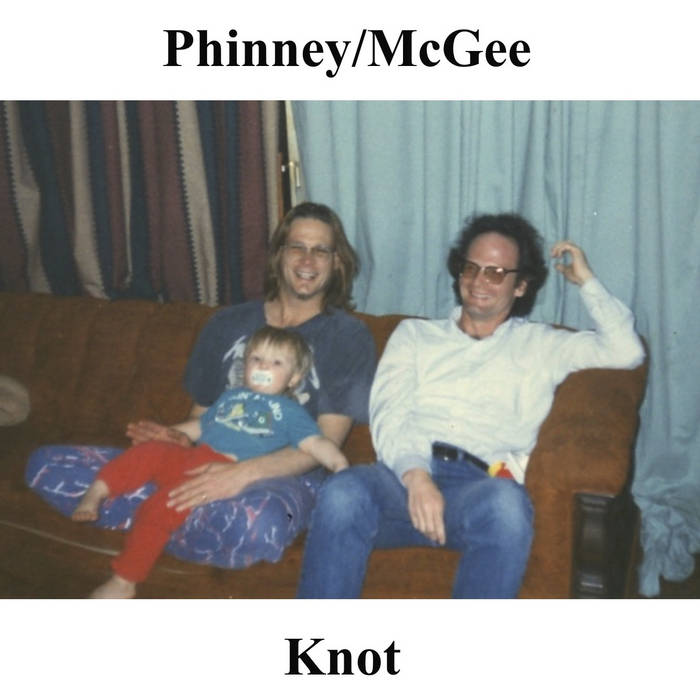 The Knot album by Phinney/McGee was originally released on cassette in 1996 on the HalTapes label. Recorded February 25-26, 1996 at Harsh Reality Studio, Memphis, Tennessee. Mixed by Phinney on March 10, 1996. The first and third tracks feature performances by two of Phinney's children, and while charming and fun these might not be to everyone's taste. "Strange Doings" is recommended and is one of the strongest P/M tracks.