by Dave Fuglewicz and Hal McGee 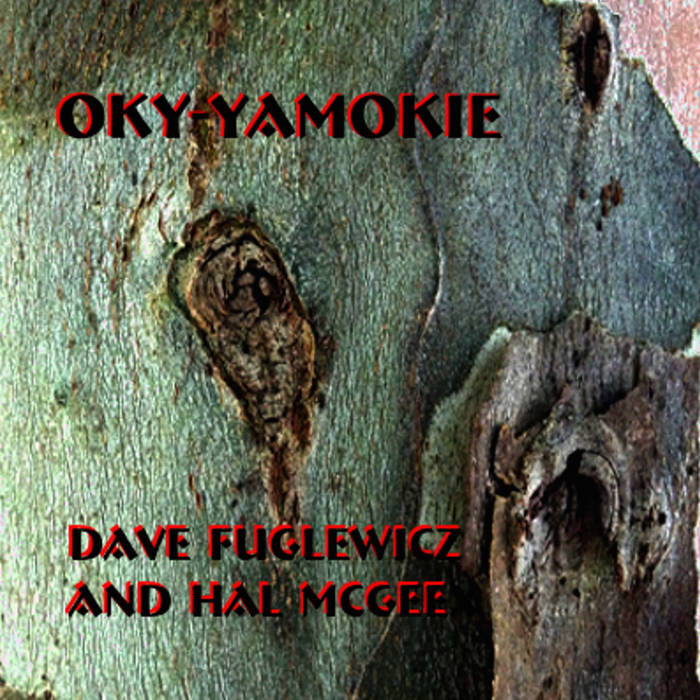 OKY-YAMOKIE by Dave Fuglewicz and Hal McGee is a hybrid split/collaboration album of noisy experimental electronic music. The album features two 15-minute solo tracks by Fuglewicz and McGee, "Uruzanskar" and "Canis LoFi" respectively; and McGee mixed the two tracks together to create a third audiowork, the album's title track.
Also included is "The Collapse Of Industrial Civilization", a collaborative work by Fuglewicz and McGee, which was originally published at Tapegerm.

"The Collapse Of Industrial Civilization"
- by Dave Fuglewicz and Hal McGee
HM:
"On 'The Collapse Of Industrial Civilization' I collaborated with Dave Fuglewicz (Weird Sound Machine VST) by improvising along with his sounds employing Korg Monotron Duo, Monotron, and Monotron Delay analog synthesizers connected together. Straight-up raw synthesizer."
All original source materials and mix were recorded digitally.
Originally published on Tapegerm, March 20, 2014.