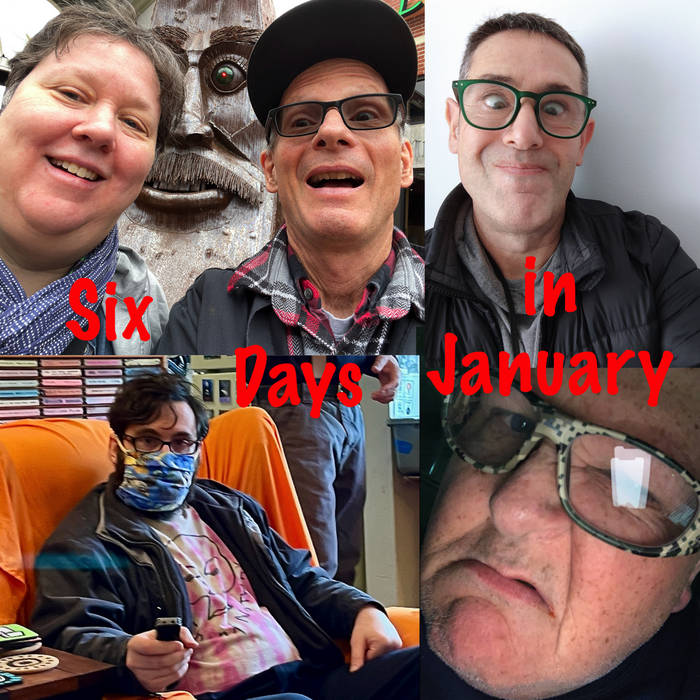 Think of this audio assemblage as a joyous, cacophonous 124-minute environment, similar to a 1960s-era Happening, with multiple simultaneous events occurring, shared with you with love
Listen to it closely, or as a background while you do other things, ignore it altogether, or listen to it in bits and pieces
Note the differences each time you listen
As you listen, open your windows and doors and let sounds from the outside mix with the assemblage, make your own sounds with your voice, radio, TV, Internet, tapes and discs, instruments and appliances

Hal McGee
Sony ICD PX-470 stereo digital dictaphone recordings
from Gainesville and Micanopy, Florida
of the sounds of his daily life:
featuring Leslie Singer and her visit to Gainesville
spoken words and conversations with Leslie and others
at various restaurants, shops, and driving in automobiles
Hal's 64th birthday party
instrumental and tablehooter jams by Leslie and Hal
incidental sounds from Apartment Music shows 40 and 41
Stanley The Dog
with percussion by Mark McGee

Leslie Singer
contributed microcassette recordings made with a Sony M-455
from New York City, and Gainesville and Micanopy, Florida
and tried out to join The Chipmunks during her 6 days of recordings and is still waiting to hear back whether she passed the audition