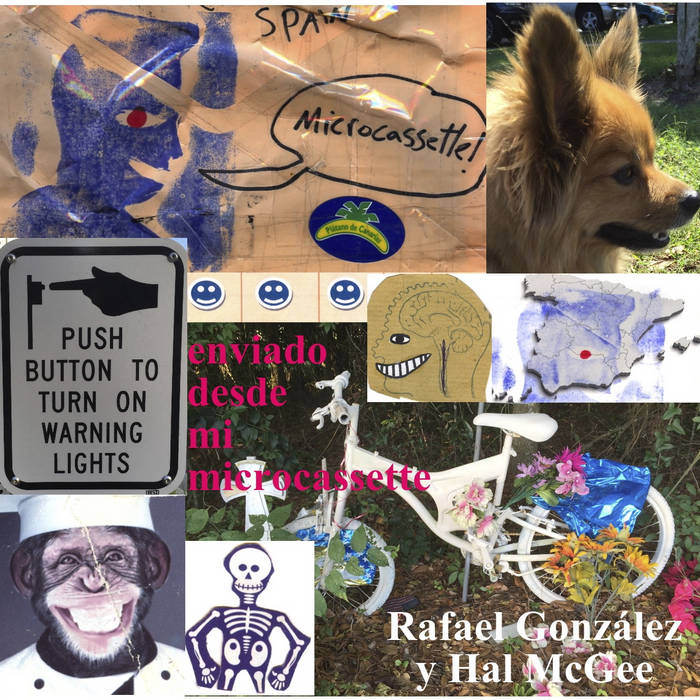 Rafael and Hal each recorded 30 minutes of sounds on microcassette. On June 5, 2015 Hal improvised a mix of the two microcassettes without listening to Rafael's tape first.

Hal McGee:
Recorded with Sony M470 microcassette recorder onto a Radio Shack MC-30. His tape consists of shortwave radio, his voice, and recordings of sounds from his daily life including Stanley, Mark McGee, Lenny Pearlman, co-workers and other sounds from his job, taking a walk on Southwest 24th Avenue in Gainesville, and much more.