by Don Campau and Hal McGee 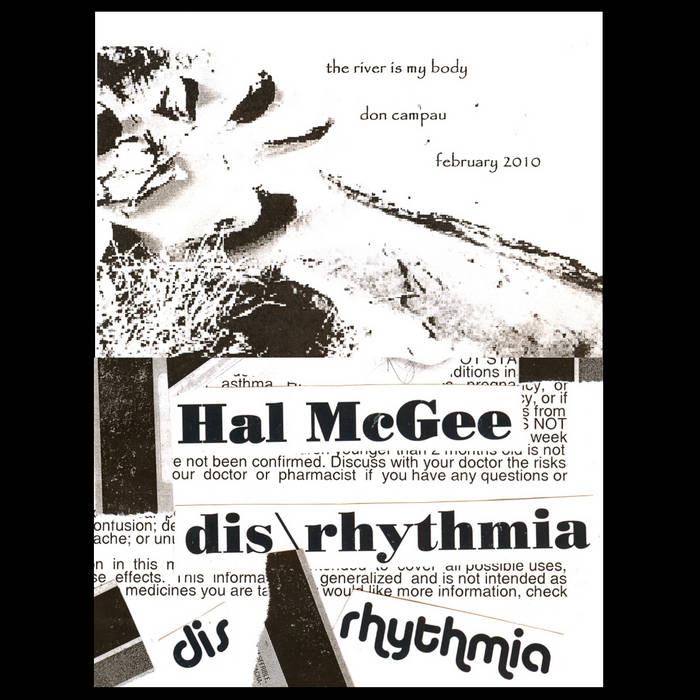 Side A / Track 1
Don Campau
the river is my body
recorded in Santa Rosa, California
February 2010
Don Campau: instruments, shortwave
thanks to Robin O'Brien and Joe Morrow who appear at approximately the 23-25 minute mark on vocals and percussion.
www.doncampau.com

this was and is a homemade product