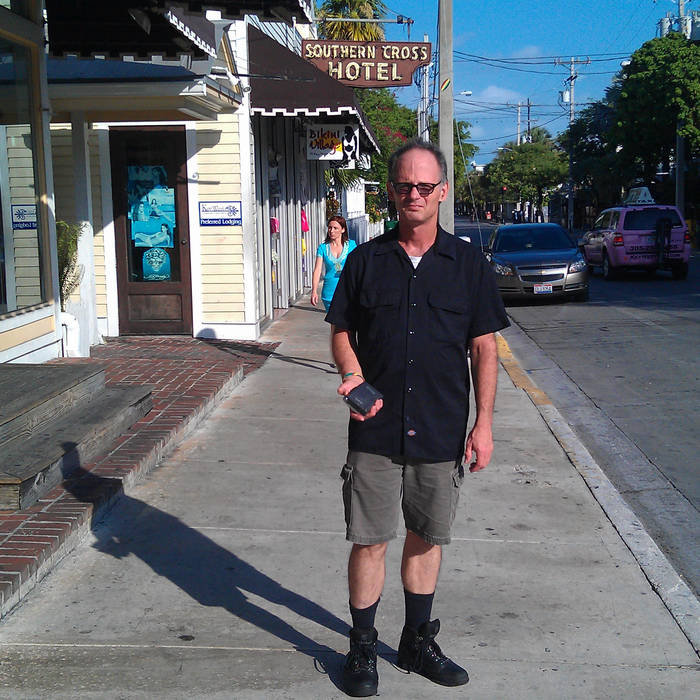 Two 31-minute cassette tape noise collages of field recordings from Key West, Florida, September 30-October 2, 2011. Most of these recordings were made on Duval Street. I carried with me two identical Sony TCM-150 cassette recorders, one in either pocket of my cargo pants. I would pull one out, record certain sounds in my surroundings, put it back and pull out the other recorder and record new sounds, over and over. Sometimes I would pull out both recorders and record at the same time, with slight variations. Later, I mixed the two tapes together in an arbitrary purposely haphazard manner.

As I was recording the raw source materials I was struck by the feeling that in that hyper-detailed, over-the-top, too-much-information environment of Key West (which is as far out on the edge of the USA as possible) I was in a sense immersed or swimming in everything that is good and bad and exciting and boring about living in a mixed market Capitalist society that is teetering and tottering, collapsing and yet bursting forth...

Related to this album, which was recorded the same weekend:
halmcgee.bandcamp.com/album/30-cent-walk-in-dewey-broken-back-clinic