by Hal McGee and collaborators 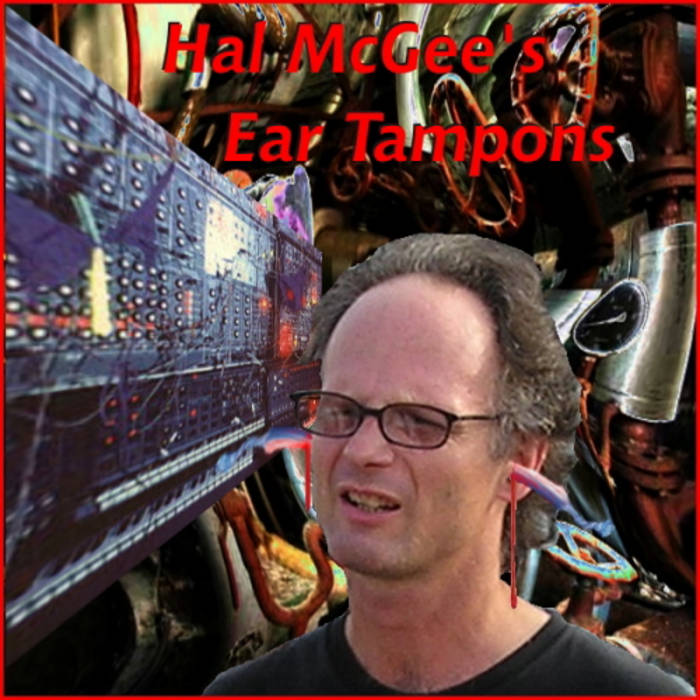 A collection of 11 recordings by Hal McGee, solo and in collaboration (with Dave Fuglewicz and Paramutual Operator), collected here together for the first time as an album, recorded and originally released online at halmcgee. com in the last seven months of 2007. Live and home studio recordings: noise, electronic, 4-track cassette works, microcassette tape collage.

Download the album to view 16 photos and pics in the zip file.

03 Hal McGee: Aleatorium
Created with circuit bent Casio SK-1 and SK-5 (both bent by Waterhed), a glorious $100 Fostex X-12 4-track cassette recorder, and an equally glorious $50 Behringer Eurorack UB802 mixer. The angrier, more agitated, more irritated and more depressed I get ... the more productive I get!

05 Hal McGee: Sandwichism
A microcassette cut-up collage by Hal McGee, featuring the voice of Jen Sandwich, and sounds recorded in and near her home in Palmetto, Florida - and Brad Kokay too.

06 Hal McGee: Live at Unbalanced Connection 42
Excerptage of live performance recording at the University of Florida School of Music, Room 102, on Friday, November 9, 2007. Hal McGee on Moog Etherwave Theremin, circuit bent Casio Rapman, cassette field recordings from the hours preceding the show, circuit bent Casio SK-1, shortwave radio, Moog MF-102 Ring Modulator, and Moog MF-104 Analog Delay. The performance was actually about 10-11 minutes long. At one point during the performance I must have bumped the Open/Close button on the front of the Harman/Kardon TD 420 cassette deck that I was using to record the show... As soon as I noticed I resumed recording. I can barely notice where it stops and starts again. Any way, I think that it is a killer recording of a performance that at the time I did not like too much, because I couldn't hear it well (stage monitor was not positioned properly and not turned up loud enough).

08 Hal McGee: Live at Action Research 8
Hal McGee recorded live at Action Research show #8, Friday, November 17, 2007, at Tim & Terry's, Gainesville, Florida. I played Custom Black Edition Little Boy Blue analog synthesizer [by Flower Electronics], Moog MF-102 Ring Modulator, Electro-Harmonix Big Muff Pi Distortion (Russian-made), Moog MF-104 Analog Delay, Alesis Microverb III digital reverb, all patched back into Behringer Eurorack UB802 mixer in a feedback loop. This performance was a sort of high water mark for me as an artist, and I count it as a highlight in my life. I had been working toward this kind of sound, and I finally found it! After I performed K. Paul commented that it sounded like "Italian Futurist Macho Electronics". When he said this I just about literally laughed my ass off because just the day before I had re-read The Art Of Noises Manifesto (1913) by Luigi Russolo. Then K. Paul started quoting some lines from Futurist leader F.T. Marinetti's poem "the Battle Of Adrianople" (which is included in Russolo's piece). Check out the ultra sonic high-pitched harmonic modulation and the bone-shaking low bass tones. The bass was especially awesome, and K. Paul said of the music I played that it possessed big low-hanging balls made of pig iron. LOL. Recorded by K. Paul. This recording includes plenty of audience sounds and comments after the performance.