by Hal McGee and Phil Klampe 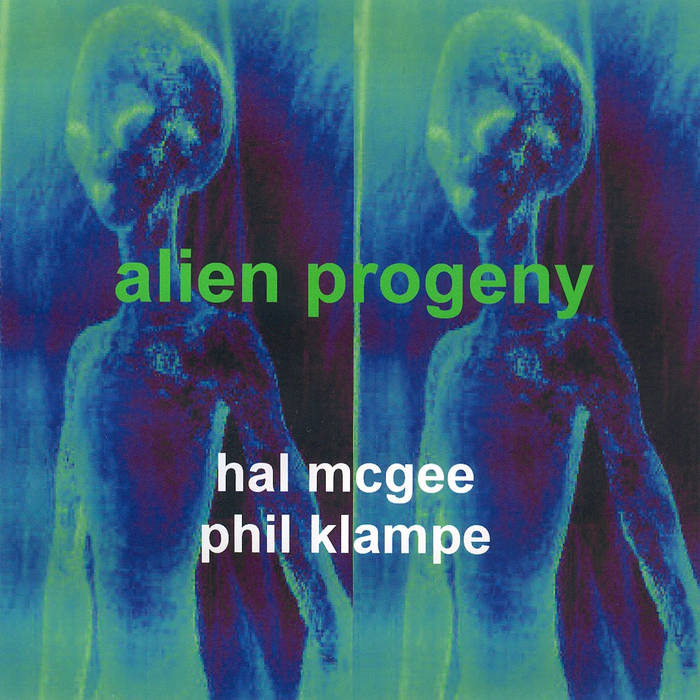 Alien Progeny is a possible soundtrack to alien abduction and UFO lab experimentation on human subjects, cold, mechanistic, minimalistic, abstract dark ambient electronic soundscapes. Alien Progeny by Hal McGee and Phil Klampe (Homogenized Terrestrials) was originally released on CDR on the 6 On The Dot and HalTapes labels in 1998. The source recordings were made in Gainesville, Florida in May of that year and remixed by Klampe in Peru, Illinois in June and July. The album was Homemade Alien Music Volume 3, following Volume 1, which was a split CD with McGee, E H I and Separation, and Volume 2, which was Ancient Astronauts by Phinney/McGee.
The "theme" of the album was one I explored numerous times, that today's experimental musicians are the offspring of alien encounters, which, though fanciful, is as likely an explanation as any other for the strange sounds emanating from bedrooms and living rooms across Planet Earth.