Get In The Action / Sweat 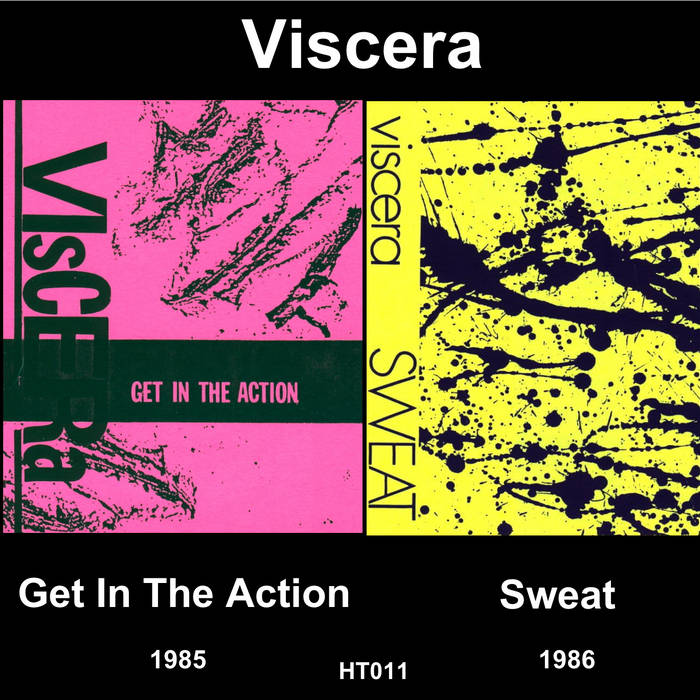 both originally released on cassette on the Cause And Effect label.

Get In The Action
was the fifth full-length cassette release by the duo of Hal McGee and Debbie Jaffe, originally released on cassette in 1985, released on the Cause And Effect label, C37. Re-released by Harsh Reality Music in 1990, and HalTapes in 1995.
Homegrown noisy industrial pop songs. Get In The Action contains some of the best songs by Jaffe or McGee recorded under the Viscera name. The two "get" songs, "Get In The Action" and "(Get) Carried Away" sound like full-blown Dog As Master and Master/Slave Relationship songs respectively.

Sweat
by Viscera was a three-song 15-minute one-sided cassette release of noisy electro-beat industrial pop, inspired by Absolute Body Control and similar Euro artists, by the duo of Hal McGee and Debbie Jaffe, originally released on the Cause And Effect label in 1986. Re-released by Harsh Reality Music in 1990, and in 1995 by HalTapes.