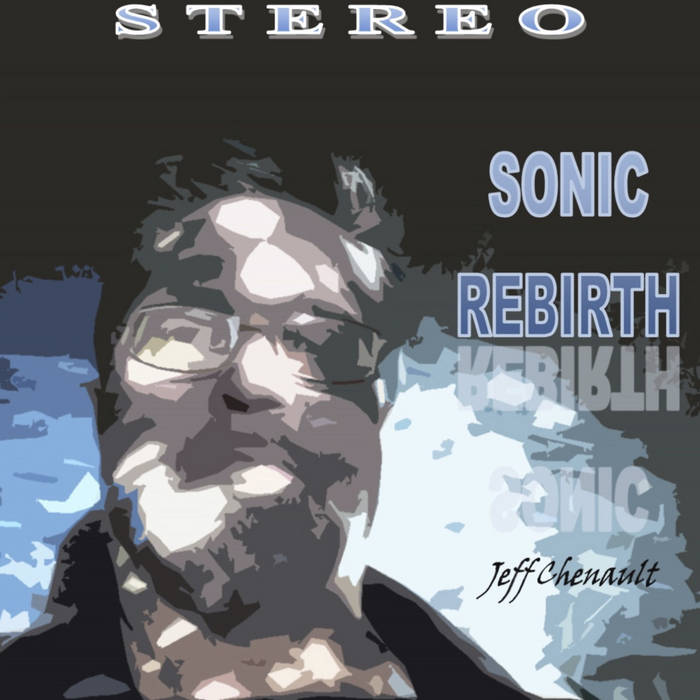 An album of new experimental electronic music by Jeff Chenault of Columbus, Ohio. A friend and associate of Hunting Lodge, Chenault was a key figure in the 1980s homemade music cassette culture movement. He released numerous cassettes under the name Jeff Central, and operated the ITN label. Sonic Rebirth includes appearances by John M. Bennett, Paul Lemos, and Dan Rockwell.

This tape is a compilation of recordings I did back in 2012. They represent some of my first recordings after a long hiatus. I have to credit my good friend Dan Rockwell with introducing me to the iPad and motivating me to create music again. The technology today has opened up a whole new world of creative possibilities for me. These pieces are minimal in nature and I like them that way. All the tracks were recorded straight to cassette tape. There was no overdubbing of any kind. Like most of my music everything was spontaneous and
unplanned! Some of these tracks represent ongoing experiments with friends and collaborators whose work I highly respect and admire.

I wish to thank Hal McGee for giving me an outlet for these recordings that would otherwise been swept under the proverbial audio carpet!

This tape is dedicated to James Beoddy