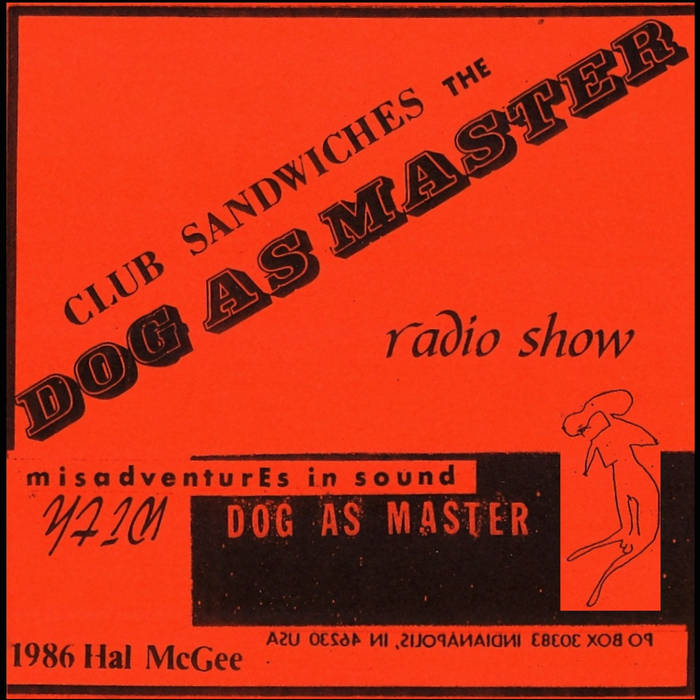 CLUB SANDWICHES; THE DOG AS MASTER RADIO SHOW
- Misadventures In Sound with Dog As Master

...was originally recorded and intended for radio airplay. It debuted on November 27, 1986, on Dave Prescott's radio show on WZBC in Boston. It was aired a few days later, December 7, 1986, on a program hosted by Robin James (of Cassette Mythos) on KAOS in Olympia, Washington.

In addition to waxing goofy about the subject of club sandwiches and other banal topics, and repeatedly announcing my contact address over and over again, I also play some un-released material, as well as play excerpts from Symbolic Accidents Of Ceremony, Brash Pussy, and Incidental Vibrations.

The real highlight of the show is when I coax my miniature dachshund, Coffee Binx, to bark into the microphone.

Originally released on the Cause And Effect label as a one-sided tape. I gave copies #3 through #7 to Scott Colburn, Al Margolis, Carl Howard, Byron Hoesman, and John Eberly.

Marijuana had ABSOLUTELY NOTHING to do with the creation of Club Sandwiches.

DISCLAIMER: It's supposed to be quiet where it is quiet and loud where it is...