one week in the life of a microcassette 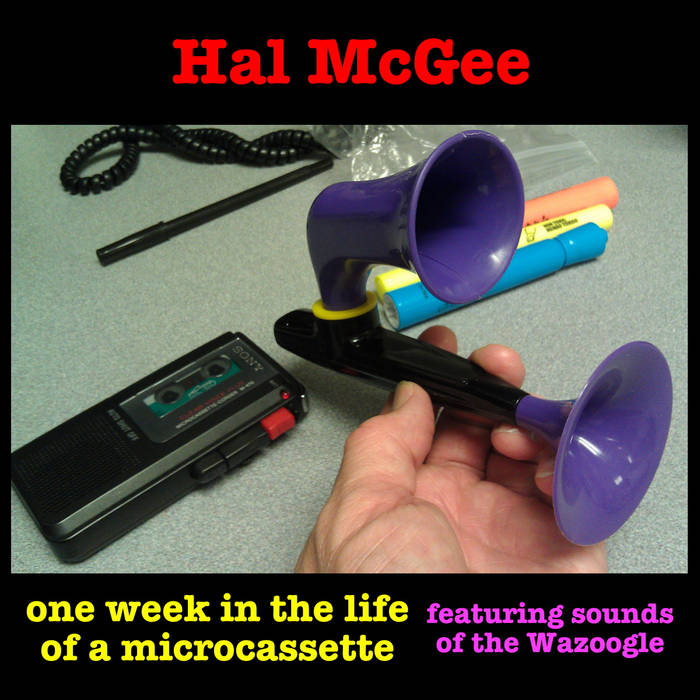 I recorded the sounds on "one week in the life of a microcassette" on a 60 minute microcassette tape from Thursday, September 6th through Wednesday, September 12th, 2012. This tape is loaded with sounds from my daily life, and features the sounds of my Wazoogle (made by Kazoobie Kazoos) - pictured on the cover, it is a kazoo with bell and bugle attachments - several improvisations, sonatas, and fantasias for the instrument are included on this album - including it being played with electronics. On this tape you will also hear my dog, me talking to my dog, sounds from my job, grocery stores, restaurants, coffee shops, two jams on Monotrons with Wazoogle, my neighborhood, machines, spoken words on various thoughts (including my 'golden rule' for choosing a musical instrument), electronic sounds, rustling and crinkling - all recorded in lo-fi low budget glory via the built-in condenser microphone on my Sony M-470 microcassette recorder. Pull up a comfortable chair, and let me entertain you. The second track features the most Wazoogle, including a kazoo duet with a co-worker at my job.