by Lumen Kishkumen and Hal McGee 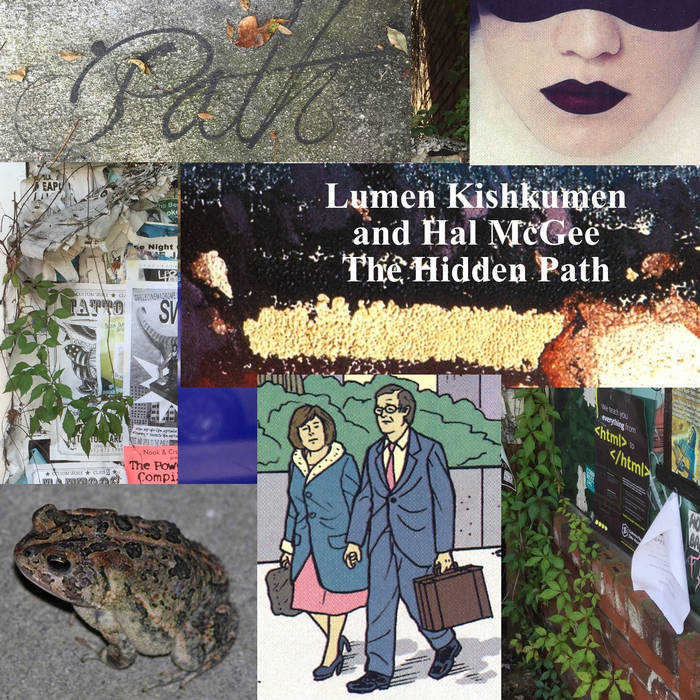 ​The Hidden Path is an exploration in folding maps of sound and pinning them through with the art of the mixer. Folding, mixing, and pinning, to breach the barriers of space and time to find hidden paths and create new spaces. Be prepared to laugh.

Lumen Kishkumen recorded a 30-minute microcassette of sounds while on vacation with his family in Utah. Hal McGee recorded a 30-minute microcassette of sounds consisting of Hal and Lumen talking together and various sounds from his daily life. McGee then mixed the two tapes together into a collage loaded with commentaries on itself and creative processes, an explosion of audio sensations, and numerous comical bits.

1. Pioneers. To do the same thing and a new thing all at once. Celebrating the past that never was in the hope of a future that will never be. Never despairing.

2. Toads. Someone made a path and blocked the way with maps to paths in every direction. The call came, and it was a frog. One man rushes along the path to where the frog is said to be. Another man looks for a book. Both men find a Toad.