by Debbie Jaffe and Hal McGee 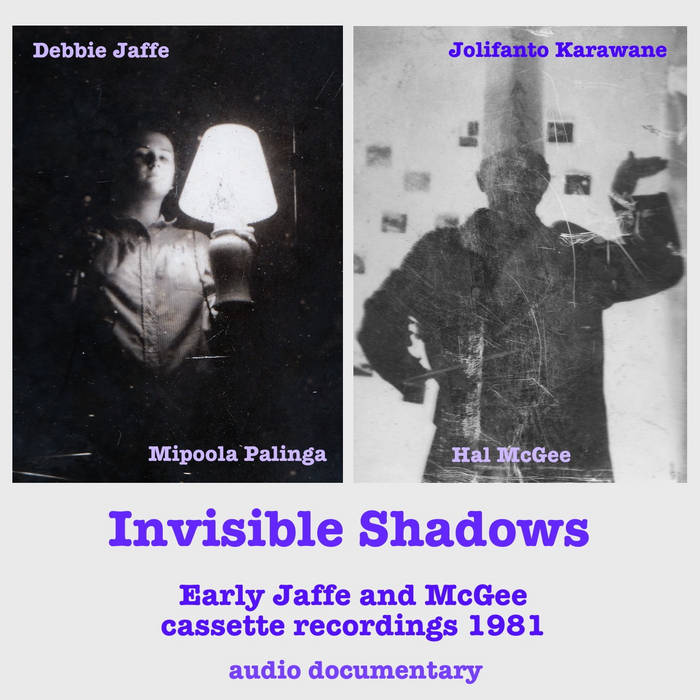 A collection of material from the earliest cassette recordings that Debbie Jaffe and I made in the year 1981. It’s almost 150 minutes of listening, about 30 minutes of which are commentaries that I recently recorded, in which I talk about the recordings, the ideas behind them, how Debbie and I met, and all of that kind of stuff.

Some of this material was later used by Debbie on the 60 Minutes Of Laughter cassette (1983), but most of these recordings have been unheard by anyone but us until now. What you’ll hear are basic, raw, primitive cassette recordings of us exploring and creating experimental cassette music from scratch, out of nothing, making it up as we go along. We later developed a more electronic sound on our Viscera cassettes, and with our solo projects, Master/Slave Relationship and Dog As Master.

You can find extensive information on all of our early cassette recordings and the early 1980s experimental music scene in Indianapolis on my website, haltapes.com — click on the Indianapolis tab.

Debbie Jaffe, for the artistic partnership

Scott Colburn, The Viscera Dude,
for repairing some of the Early J &M Tapes