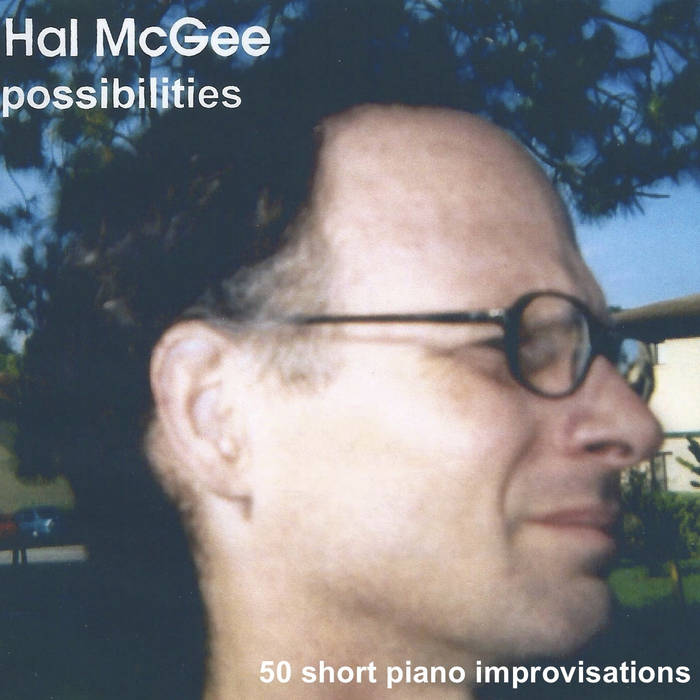 review by Jerry Kranitz from the January 2004 issue of Aural Innovations:

Possibilities is an album that came as a pleasant surprise and I would never have guessed it was Hal. The album consists of 50 solo piano pieces, mostly played in a style similar to that heard on Professor McGee's Laboratory and American Primitive, though of course with everything else going on I only focused so much on the piano on those CD's. But hell, Hal can really play. The music has a composed feel, being played in a concert piano style that is highly accessible, though by no means mainstream. At times we hear the wild eyed passionate concert pianist, and at others Hal has the light melodic touch. The music is thoughtful and highly expressive. Quite nice hearing this purely musical side of Hal.

Thanks to Jerry Kranitz for providing digital copies of the artwork.
He made this new edition possible!