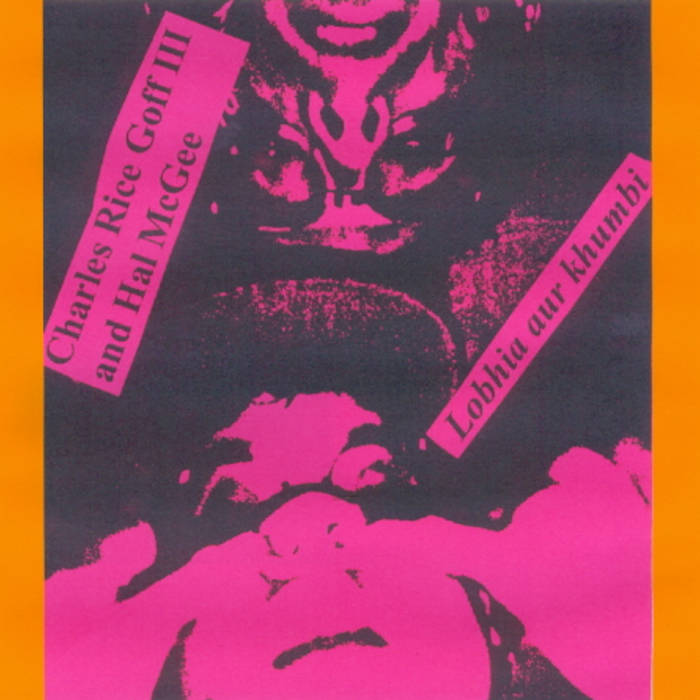 Lobhia aur khumbi was recorded Easter Sunday, April 12, 1998 at HalTapes Headquarters, Gainesville, Florida. The name of the CD came from an Indian cuisine dish that I prepared for our lunch that day (see pictures in downloaded zip file)

This day's recording was the culmination of a long, fun weekend that included the Thursday and Friday sessions that produced Alien Progeny by McGee and Phil Klampe, as well as the Good Friday evening sessions for the 3-way collab of Goff, Klampe, and McGee, called Unholy Trinity.

On Saturday Goff and McGee traveled to the east central coast of Florida to visit the Kennedy Space Center at Cape Canaveral.

On Sunday morning Goff prepared a special breakfast of marijuana pancakes, which supplied sufficient provocation to record the four pieces you hear here.

All of the material on Lobhia aur khumbi was recorded or constructed on cassette. We used a Fostex XR-5 4-track cassette recorder and handheld cassette tape recorders.

"Magnetic Fields Forever" made its initial online appearance on Charlie Goff's Taped Rugs Productions podcast. Here is how he described the piece:

The first piece presented here, “Magnetic Fields Forever”, is a mix of two sessions in which McGee played a theremin and Goff a [Radio Shack] bio feedback generator. Because both of these “instruments” create their sounds without keys, frets, mouthpieces, sticks, picks, etc., the performance of this extremely spacey music resembled a dance, in which Goff and McGee moved about with Merce Cunninghamesque contortions.

"Taped To The Jolly Cross" also made its initial online appearance on Goff's podcast, and here is how he described it:

The second piece presented here, “Taped To The Jolly Cross”, looked more like a sporting event as it was being performed. For this one, the two experimenters went out to the apartment complex’s handball court to smack and kick tennis balls and tin cans. Portable tape recorders were set up at either end of the court, and their recordings were mixed together to create the final piece.

In the last two pics in the zip file you see Charlie and me with the delicious Indian vegetarian lunch I prepared for us while we were in the midst of recording "Magnetic Fields Forever". The menu consisted of homemade naan bread, lobhia aur khumbi (which is a tasty dish of black-eyed peas, mushrooms, and tomatoes), some spinach dish I can't remember the name of, Basmati rice, and a way yummy cauliflower and potato dish that is one of my favorites.