by Dog As Master/If, Bwana 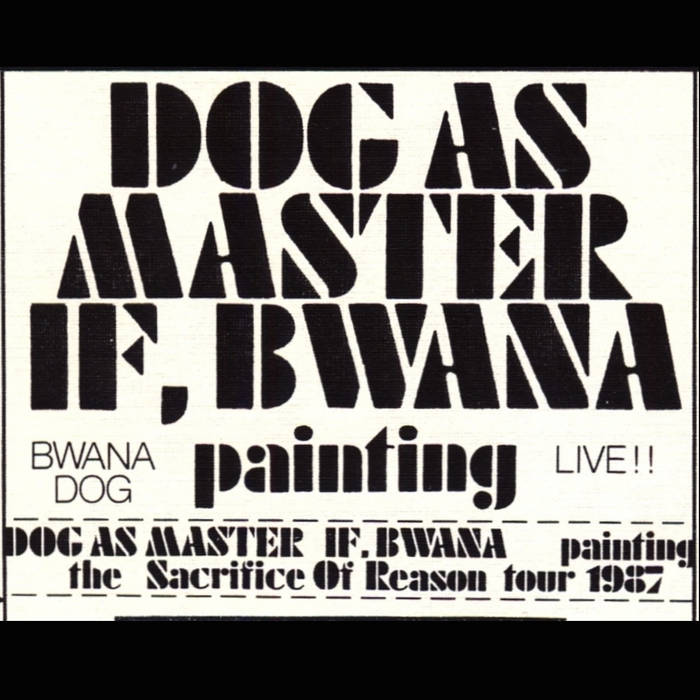 Live recordings by Bwana Dog (Al Margolis and Hal McGee) from our October 1987 Sacrifice Of Reason tour.
Similar to the material on our Live In Toronto tape (soon to be uploaded).
A Cause And Effect and Sound Of Pig Music co-release.
Originally issued on C90 cassette in 1988.

The first four tracks are somewhat song-based with abrasive vocals over guitar, tapes, and electronics.
The last two untitled tracks are instrumental improvisations of a dark ambient abstract nature.

4. An Organized Accident
Bar None

Download includes PDF of the liner notes and scans of the original cassette cover designed by Debbie Jaffe.