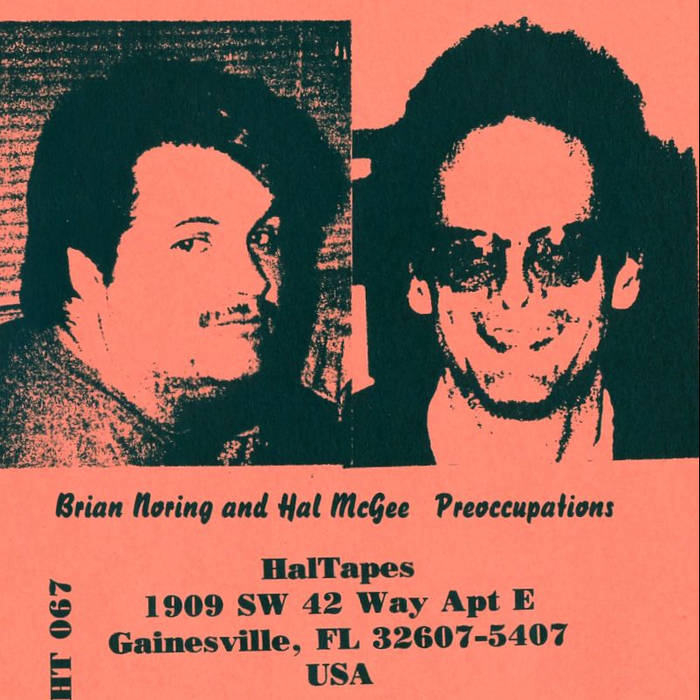 Preoccupations, was the first album by Noring/McGee, originally released on cassette on the HalTapes label (HT 067) and later on the F.D.R. Tapes label (F.D.R. #83). Preoccupations consists of seven 4-track improvisation-based keyboard works, recorded June 18th and 19th 1996 by Brian Noring and Hal McGee. Mixed June 20th and 21st by Noring.