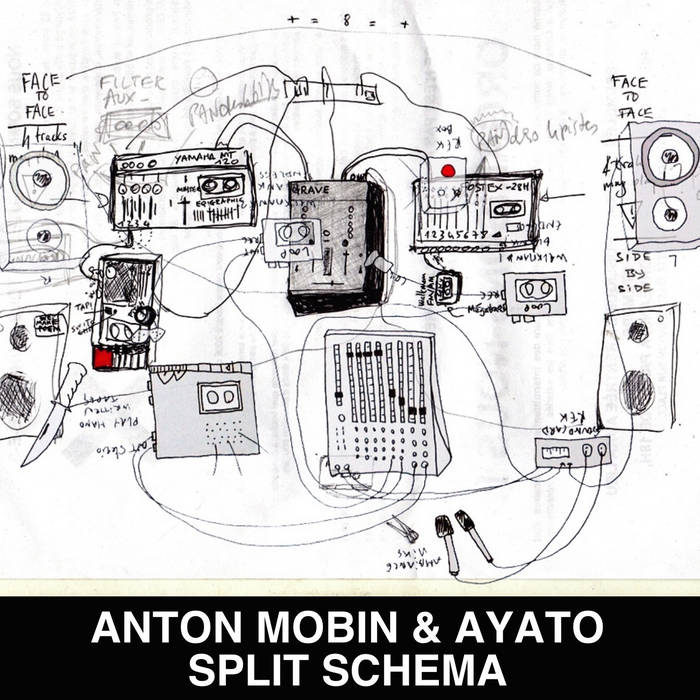 Cut up recomposition series recorded and mixed at La Ferme Là, Olivet, France in December 2014.
Composed with a Yamaha MT120 multitrack recorder, a Fostex X-28H multitrack recorder, a Walkman Sony, a bent recorder Philips and an echo chamber Dynachord.
Playing in real time two tapes with two different multitrack recorders, which gives 4 stereo sounds side A in normal play and side B in reverse added to others sounds played au grés du vent with the others devices.
Cassettes are from private collection, gifts, prepared and found tapes, archives...

artwork by Ayato and Anton Mobin